Maui Police Conduct 2nd Cockfighting Raid in As Many Weeks

For the second time in as many weeks, the Maui Police Department conducted a raid at a cockfighting event off Kaimana Road in Puʻunēnē.

Police responded to the latest incident at around 6 p.m. on Saturday, June 8, 2019 in the area of the Hawaiian Cement quarry.

Maui police say members of the Department’s Vice Division Gambling & Morals Unit broke up the cockfight in progress, which had about 100 people in attendance.

Police say two men were observed each pitting a gamecock that was fitted with a cockfighting weapon.

The two men were identified by police as Shannon Mollena, 44, of Wailuku and Marino Oliveros, 50, of Kahului. They were both arrested and charged for the offenses of second degree cruelty to animals and possession of a gambling device. Their bail was set at $400 each.

This comes two weeks to the day that a similar raid was conducted, also off of Kaimana Road in Puʻunēnē.  Mollena was also arrested during the previous incident on May 25, 2019. 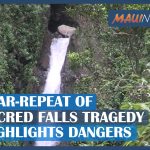 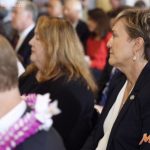