Security Situation at Honolulu Airport, No Bad Effects on Maui

There was no immediate ill effects on Maui from a security situation at the Daniel K Inouye International Airport on Oʻahu on Tuesday afternoon, airport officials tell Maui Now.

Officials with the state Department of Transportation quickly responded to “false reports” of an alleged active shooter at Daniel K Inouye International Airport, Tweeting out at 2:32 p.m. that there is “NO active shooter situation.”

Maui Now has learned that the commotion was caused by what sources described as “an exploding laptop.”

At 2:54 p.m. on Tuesday, June 18, 2019, Transportation officials reported that the TSA checkpoint 3 in Terminal 2 at Daniel K. Inouye Inational Airport was temporarily closed. Passengers were being advised to use the checkpoints in Terminal 1 to be screened, and to check with respective airlines regarding flight status updates. 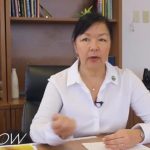 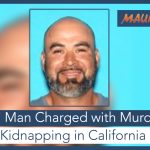 Maui Man Charged with Murder and Kidnapping in California