Mālama Kakaniula – a hui dedicated towards protecting Hawaiian iwi (remains) – will be able to make their case in a contested court hearing before the State Historic Preservation Division (SHPD) according to the group’s attorney.

Hui attorney Lance Collins said that due to an oral ruling by Maui Environmental Court Judge Joseph Cardoza last week, SHPD’s  decision to grant an archaeological works permit to Archaeological Service Hawaiʻi “has been reversed and sent back to SHPD” to instead conduct a contested case hearing on the matter.

“We’ve advocated for years to legally have our rights to protect our (iwi) kupuna . . . Eō Ea!” said Mālama Kakanilua member Clare H. Apana in response to the ruling.

“The case law is clear that important traditional and customary practices are considered protected property rights under the Hawaiʻi constitution,” said Collins. “State agencies must appropriate, recognize and consider the impacts of their decisions on these important practices.”

The case involves the hui’s complaints that iwi are being disturbed at a Maui Lani development in Wailuku. Last year Apana and Mālama Kakanilua wrote to the SHPD administrator seeking a contested case hearing on the permit for the work being done at the Maui Lani site by Archaeological Services Hawaiʻi in 2018 and any subsequent years according to Collins.  SHPD denied the request.

The SHPD operates under the state Department of Land and Natural Resources. Department officials had no comment in response to Collins’ press release. 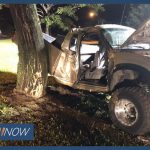