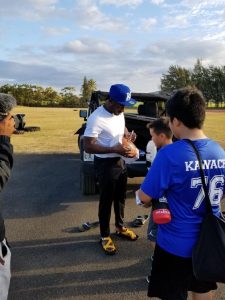 While on vacation on Maui, Brown used the school’s field and Jugs football passing machine to get a workout in and show the kids how he’s going to tear up the field as an Oakland Raider this coming season. 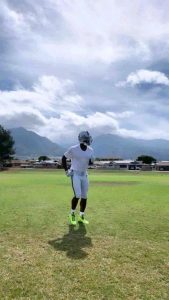 “He caught 400 passes (over a two day period) less than 10 yards away from the machine and he caught everything,” said MHS Sabers head coach Rodney Figueroa. “He puts in the work man. You read about him but for the kids to see that in person was an experience.”

“It was a once in a lifetime opportunity, felt pretty amazing,” Tavita said. “What’s super cool was he’s just super fast … no chance of keeping up with him.” 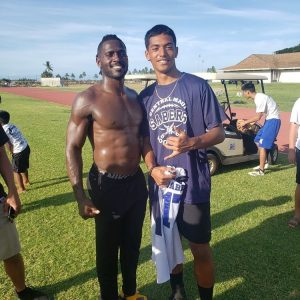 Tavita said on Tuesday when he met Brown, the wide receiver caught 200 balls going 50 miles per hour from the Jug machine while standing 10 yards away. Even with the sun going down Brown continued to practice catching, using car headlights to light the field after it got dark.

“Never seen anybody do that,” he said.

Logan Peitscher, co-owner of Powerhouse Gym in Kihei, said someone from Brown’s entourage called him last week to let him know he’d be training out of his gym while he was on vacation on Maui.

“Then on Sunday they called and asked if I could help them get a Jugs machine so I put them in touch with Rodney,” Pietscher said. “He’s very explosive, works out for two hours on functionality and balance. Great for the kids to see that kind of work ethic.” 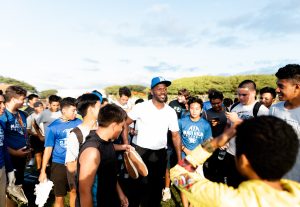 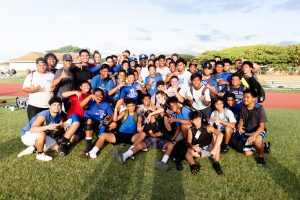 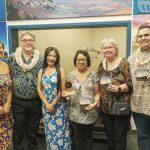 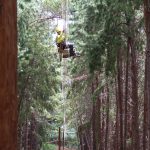