For more than three decades now, The Maui News has printed a Sunday edition, which was traditionally larger than the Monday through Saturday newspapers.

That tradition will come to an end this weekend with the last Sunday edition being printed for June 30.

Now instead of a Sunday paper, starting on July 6 The Maui News will instead end its printing week with a Saturday edition called the “Weekender” according to publisher Joe Bradley.

“We are very excited to showcase ‘The Weekender.’ It will be filled with content that is unique and important to our readers,” said Bradley in the publication’s Tuesday edition.

From 1984 when the Sunday edition started to 2001, The Maui News printed from Sunday to Friday, with no paper on Saturdays. Newspaper guild officials said there may have been an attempt by some at the paper to convince their corporate office that getting rid of the Saturday paper instead of the Sunday paper would be the better option, but it likely didn’t go far.

“It seems that if there was any dialogue about this plan it was not formal,” said Brad Sherman, Administrative Officer for the Pacific Media Workers Guild, which represents the paper’s 43 unionized employees in the editorial, advertising and circulation departments. “There would have had to be a series of meetings and an exchange of ideas and as far as we know that didn’t happen.

We would have liked to have seen a process that created a clear avenue for input from guild members.”

In response to the news that the Sunday edition was ending the guild sent out a press release on Tuesday saying that they were “disappointed by the company’s decision.”

“While understanding that our industry is facing financial challenges, we are not convinced that reducing the number of days of publication is the answer for The Maui News as an institution, or that it will allow us to best serve our readers,” wrote Sherman. “Even if a six-day-per-week solution is an inevitable company decision, we are unconvinced that going to the ‘Weekender’ edition as proposed is the best way to execute such a plan.”

The Maui News is the only daily (until the change next week) in the state not owned by Oahu Publications, which owns the Honolulu Star-Advertiser, the Hawaii Tribune-Herald, West Hawaii Today and The Garden Island papers. Over the years every one of these newspapers has been hit in some way by declining circulation numbers and classified ad revenues.

Nationwide the circulation day game has been going on for at least a decade now.

In 2009 the Associated Press put out a story about newspapers in almost every state cutting back one or more publication days due to declining revenues. University of Hawaiʻi Journalism professor Gerald Kato recalls that the Poynter Institute even put out an article that same year titled: “Is Saturday the New Sunday for Newspapers?”

“It’s an unfortunate trend, daily newspapers now forced to print only four or three days a week, or like The Maui News, have to cut their Sunday edition,” Kato said. “The fact that The Maui News has held out for as long as they have is good. They’re still going to be publishing six days a week, perhaps we should be grateful.”

Journalist Jill Engledow is the closest thing there is to a Maui News historian, having worked on a number of articles recognizing the newspaper’s centennial anniversary from 1999 to 2000. According to her research, the paper first began publishing in 1900 and has tried almost every version of the publishing schedule except for four days a week. And with every change The Maui News has found a way to survive.

“Newspapers everywhere are struggling in the age of the Internet, so they have to do what’s necessary to survive,” Engledow said. “The Maui News has been Maui’s newspaper of record for 119 years; it’s important for citizens trying to keep up with current events, and as a writer of local history, I refer to the old issues frequently.

I hope this change helps strengthen the paper for the future.” 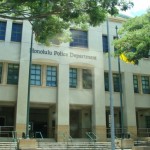 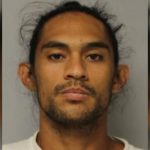