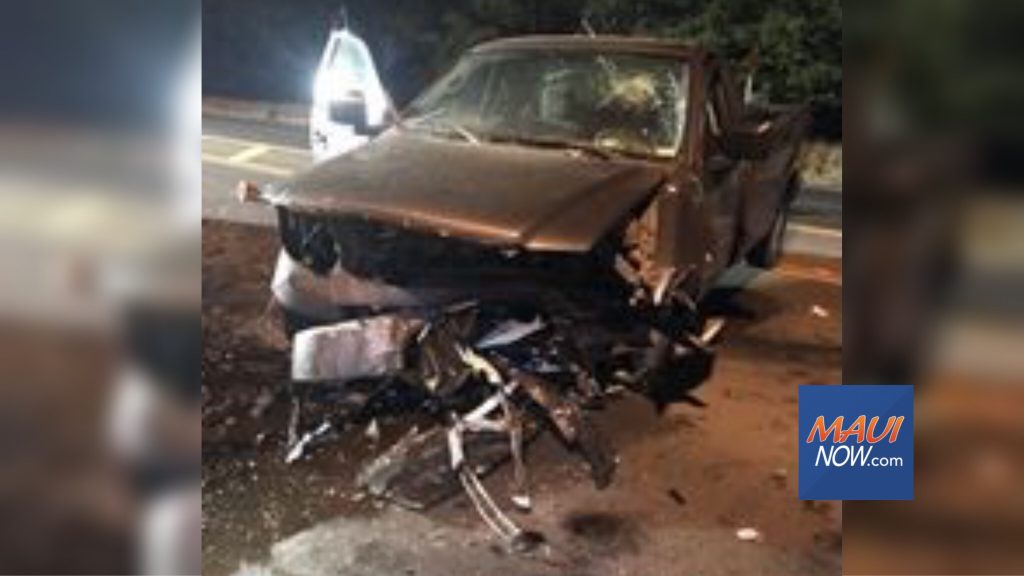 A 14-year-old male who was a passenger in a vehicle struck by an oncoming pickup truck, succumbed to his injuries and was pronounced dead while in intensive care.  Police say the boy’s death was confirmed at around 2 p.m. on Monday, July 22, 2019. The woman driving the white 2016 Nissan Versa he was in, Mildred Jouvenat, 49, of Kīhei, also suffered fatal injuries and died at the scene. The boy’s death is Maui County’s 14th traffic fatality compared 10 this time last year.

Police say alcohol was a factor in a deadly multi-vehicle crash on the Piʻilani Highway that claimed the life of a Kīhei woman last night.

The woman, identified as Mildred Jouvenat, 49, of Kīhei, suffered fatal injuries when a grey 2008 Ford F150 pickup truck crossed left of center and collided into the white 2016 Nissan Versa she was driving, police said.

Police say Jouvenat died at the scene. Her passenger, a 14-year-old male, also from Kīhei, was transported to the Maui Memorial Medical Center with life-threatening injuries.

The driver of the Ford F-150, a 43-year-old Kīhei man, sustained serious injuries and was transported to Maui Memorial Medical Center.

The operator of the Ford Focus, a 74-year-old Kīhei woman, sustained minor injuries and was also transported to the hospital.

Police say a preliminary investigation reveals alcohol is considered to be a factor in this crash.

According to police, the driver of the Ford was not wearing his seatbelt at the time of the crash. All others involved were wearing their seatbelts, police said.

This was the 13th traffic fatality on Maui County roadways this year compared to 10 at the same time last year.