An 18-year-old male was arrested and released for second degree reckless endangering in connection with a fire that burned 80 acres on Monday.

The fire was first reported at around 9 a.m. on Monday, July 22, mauka of the Piʻilani Highway just north of Mapu Place in Kīhei. Maui police say flames were observed an estimated 200 yards from the highway.

Upon arrival, police officers contacted a male in the brush walking away from the fire. While speaking to the male, officers say they observed him to be covered with burns and ash.

During the police investigation, the male stated that he was smoking marijuana in the brush when embers from his pipe ignited a fire.

Police say the fire spread quickly and he wasn’t able to put it out.

The Fire Department was able to contain and extinguish fire after approximately 80 acres of brush burned.

Police have since identified the male as 18-year-old Trevor Osborne-Senatore of Wailea. 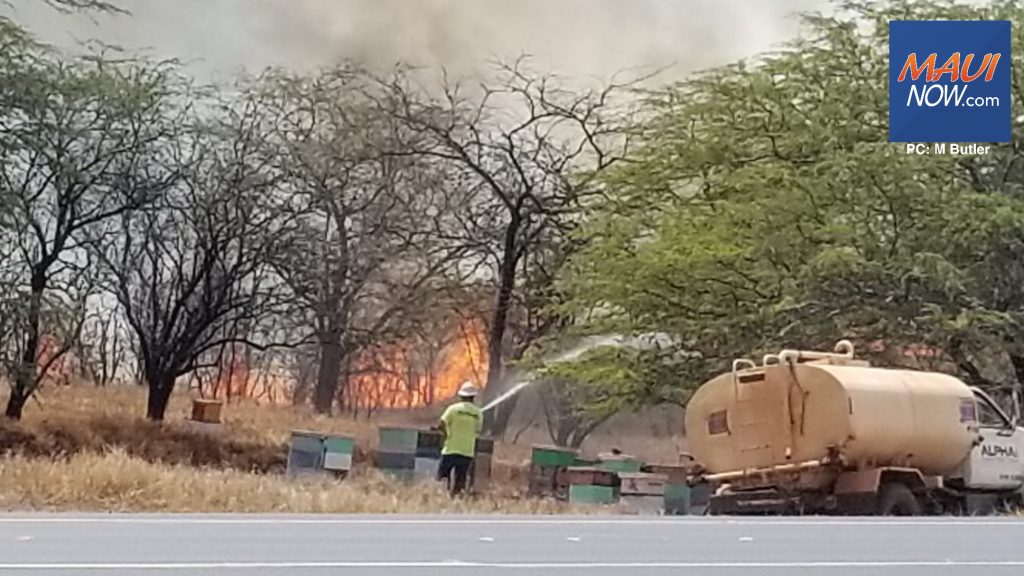