Maui Councilmember Michael J. Molina transmitted a proposed resolution and bill to the Maui County Council, seeking the creation of a Pāʻia-Haʻikū Advisory Committee to the Planning Commission.

The proposed committee is similar to the Hāna Advisory Committee, which was established to allow residents of East Maui to attend and provide testimony at public hearings without having to drive to Wailuku for Maui Planning Commission meetings.

Molina who represents Makawao, Haʻikū and Pāʻia said even though his district is not as remote as Hāna, “the Pāʻia-Haʻikū area has experienced one of the highest annual growth rates in the state.”

“Accordingly,” he said, “it’s time that the Pāʻia-Haʻikū area plays a more critical role in influencing their community’s landscape.”

Molina continued saying, “In an era of government transparency, the creation of the Pāʻia-Haʻikū Advisory Committee will build a healthier community understanding of the entitlement process, heightened awareness and control growth in their neighborhoods.”

According to the Department of Planning the addition of the Pāʻia-Haʻikū Advisory Committee will require additional funding and staffing to implement. The Department estimates that three staff members are required to assist the Hāna Advisory Committee, which include staffing meetings, operating the audio-visual systems and other logistical issues.

“I understand additional staffing and funding will be required to execute the Pāʻia-Haʻikū Advisory Committee,” said Molina. “But in an effort to ensure public involvement and participation at the highest level, it’s worth the additional costs.”

“Furthermore, I believe it’s important for all districts within the County to consider establishing advisory committees to give the Council and Administration better direction on their community’s future,” said Molina.

The proposed resolution and bill were transmitted to the Council Chair today for referral to the appropriate Council Committee. 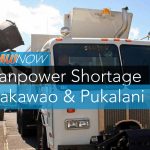 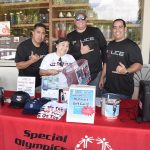