Drone and Helicopter to be Used in Maui Power Line Inspections 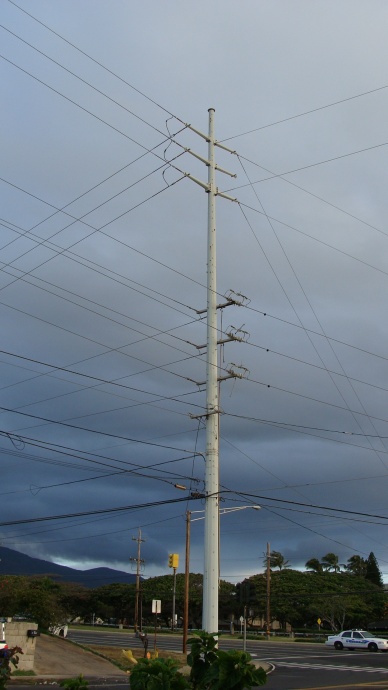 Maui Electric Company will be using unmanned aircraft, or drones, and a helicopter for routine aerial power line inspections from Monday, Aug. 26 to Friday, Aug. 30, throughout the island of Maui.  The inspections are weather permitting.

As part of the aerial survey, documentation will be done with a remote light detection and ranging surveying instrument to provide updated maps of the island’s transmission lines and other electrical infrastructure.

A helicopter and inspectors on foot will also be assessing spans of electrical equipment in areas with certain air space regulations or limited functioning ranges for the drone operators.

Company representatives say the drones, or Unmanned Aircraft Systems (UAS), are being used as a cost effective measure when accessing remote areas or challenging terrains, for increased employee safety, and to reduce the company’s carbon footprint.

The company has begun to use drones for a variety of inspections, most recently in assessing power lines damaged in recent wild fires on the island.

The Maui Electric UAS program is in compliance with Federal Aviation Administration rules and has developed safety, training, operating and privacy procedures to make sure the unmanned aircraft are “flown with the highest regard for the safety of the public and crews,” according to company representatives.

“Unmanned aircraft can be deployed quickly to provide a snapshot of system conditions that is vital to restoring power after storms, wild fires or other disasters. Unmanned aircraft will also be used as part of Maui Electric’s asset management program, allowing inspection and then repair or replacement of equipment ahead of likely malfunctions, resulting in better service,” company representatives said.

“When appropriate, using drones are safer, less expensive, and faster than conventional assessments of our electrical equipment,” said Chris Reynolds, director of operational technology at Maui Electric. “We appreciate the public’s understanding during these routine aerial inspections of our equipment as they are necessary in maintaining safe and reliable electrical service to our communities.”