Meat by the Pound or Plate at Smoke & Spice BBQ

When Chef John Sandbach moved to Maui in 2004, he was drawn to the kiawe tree, known as Hawaiian mesquite.  Recognizing it as similar to the mesquite he grew up with in the Texas Hill Country, where BBQ is beloved, a business concept smoldered before it sparked.

“It was just an idea I pocketed while I worked for Four Seasons as a cook and sous chef before I went independent in 2013,” says Sandbach. “Most of my experience is in fine dining and in the upper price range of cooking. However, I’ve always had a dream of bringing the food I grew up with, combining it with local flavors and serving it an affordable price for everyone.” 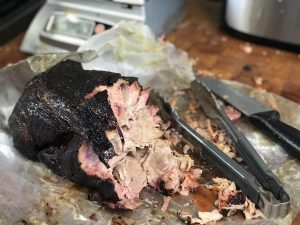 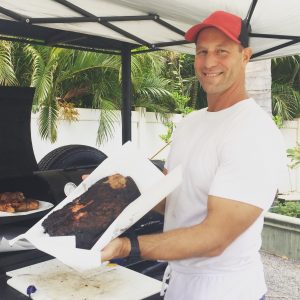 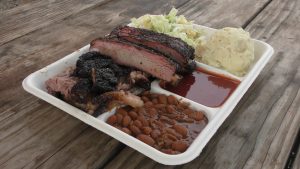 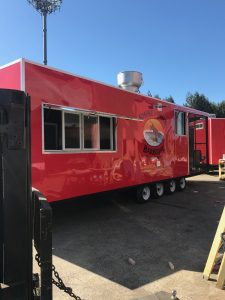 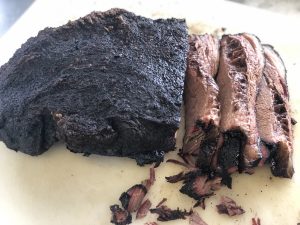 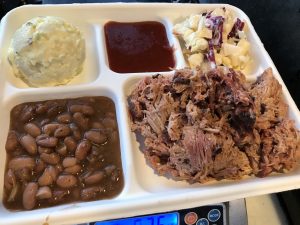 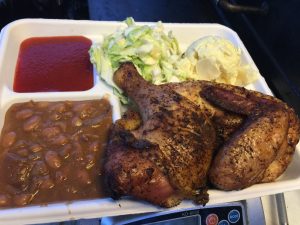 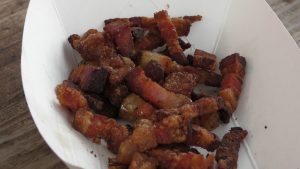 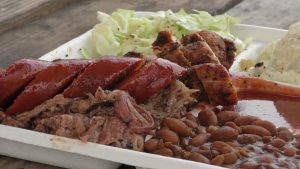 “We do more complicated spice rubs on the ribs and chicken, but the brisket is really just salt and pepper and a very long, slow cook time at 200 degrees in our custom-built J&R Manufacturing Smoker,” explains Sandbach. “It’s a beast of a machine at over 3,000 pounds, but it’s all wood-burning and is very consistent to cook on. This allows all the meats to slowly break down and develop deeper flavors in the crust or ‘bark’ that forms on the pork butts and briskets as we smoke them.”

The brisket and pulled pork is cooked low and slow for up to 15 hours overnight.  All those meats are available by the pound, as well.  Sandbach proudly uses all kiawe in his smoker, even collecting some wood from recent Maui fires.

“When people from Texas or the mainland tell me that it’s the best BBQ they’ve had, it makes me pretty happy, but I’d love to earn the reputation as having the best BBQ on Maui,” he says. “I like when local clientele comes to visit and tries things for the first time, but love it when they become regular customers.”

With his background in fine dining, Sandbach is also a private chef, and says the customer connection, whether with the truck or at events, is a favorite part of the job.

“I also enjoy talking BBQ, kiawe, the surf and all things Maui,” he explains, saying his goal has always been to have “a food concept where everything is done from scratch, over 100% kiawe wood, and delivered to an island-wide audience.”