Young Brothers, LLC, holds a blessing ceremony today to celebrate the arrival of the Kāpena Bob Purdy tug in its homeport of Kahului.

The Kāpena Bob Purdy is the fourth and final new tug joining the Young Brothers fleet.

Company representatives say all of their tugs play a major role in “providing efficient and reliable service to seven major ports of Hawai’i.”

According to the company, the Kāpena tugs are “significantly more fuel-efficient,” helping Hawai’i reduce its carbon footprint, as well as Young Brothers’ fuel and maintenance costs in the coming years. 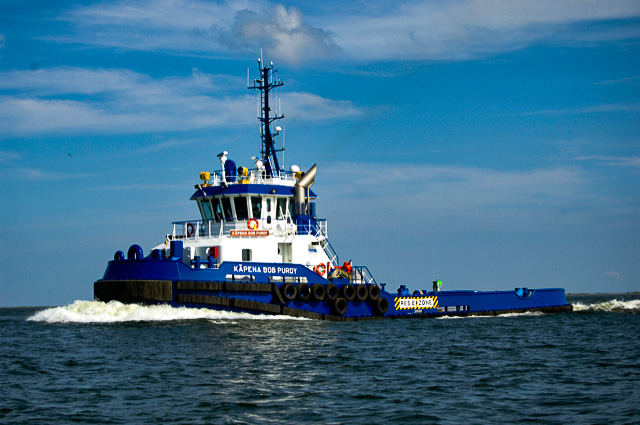 The Kāpena Bob Purdy is the fourth and final new tug joining the Young Brothers fleet.

Today’s blessing includes a traditional ceremony followed by a short speaking program featuring remarks by Kalei Kailikini, who represents the family of the vessel’s namesake, and state senator Gil Keith-Agaran, who is expected to present a proclamation.

Young Brothers, LLC, has approximately 380 employees across the state and has served Hawaiʻi since 1900. The company is a publicly regulated water carrier providing 12 weekly port calls from Honolulu to the state’s neighbor island ports, including Hilo, Kawaihae, Kahului, Kaumalapau, Kaunakakai and Nāwiliwili.

Young Brothers is an independently managed subsidiary of Foss and part of the Saltchuk family of companies.