A 38-year-old man was medevaced to the Maui Memorial Medical Center after being pulled unresponsive from waters at Haneoʻo Bay near Hāmoa Beach in East Maui on Sunday afternoon.

Authorities say the man was seen floating face down in the water approximately 50 feet from shore.

Another individual who was believed to be in the water was also unaccounted for, according to Fire department reports.

Bystanders had removed the initial swimmer from the water and started CPR prior to the arrival of Fire and EMS personnel. Authorities say the missing individual swam to shore soon after the arrival of first responders.

Fire and EMS took over resuscitation efforts on the initial swimmer, who regained a pulse and was transported to Hāna Airport and flown to Kahului for further treatment.

Crews responding to the scene included Ocean Rescue personnel as well as Medic 6 and the Maui Fire Department’s Engine 7 and Rescue 10. 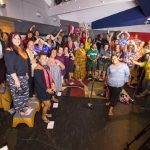 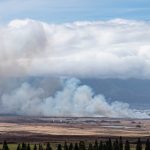