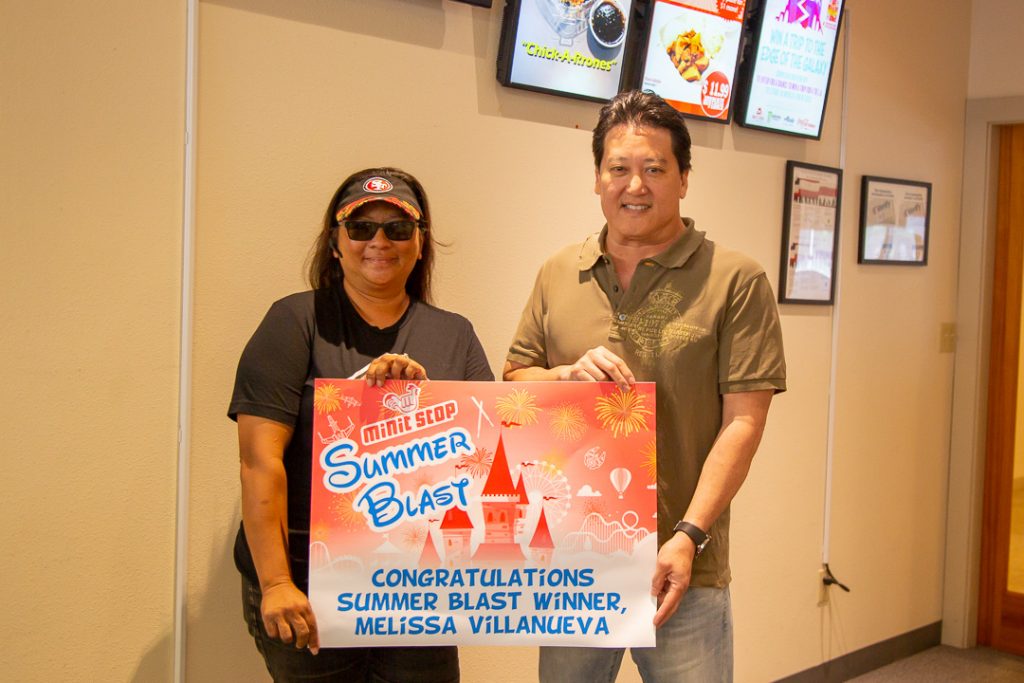 Villanueva, who will travel to the theme park later this year said, “We’re so excited, but still in shock. I didn’t really think it was a real giveaway until I got the call that I had won. Now I’m telling everybody to download the Minit Stop app because it’s real. The app offers so many great coop-ons and I have really enjoyed using it. This is such a blessing to our family and this came at the perfect time for us.”

The winner, who entered the Summer Blast Giveaway on the new and improved Minit Stop App, usually shops at the Dairy Road location. Besides buying gas at ʻOhana Fuels and participating in the company’s “Fuel up. Do good.” Community Giving Program, she enjoys the “Snack Attack” bento.

Jon Miyabuchi, Vice President of Hawaiʻi Petroleum’s Minit Stop division noted, “It’s great to be able to reward our loyal customers for their patronage with trips like this.” He continued, “A big mahalo goes out to Maui Soda & Ice, Monster Energy Company, Coca-Cola Bottling of Hawaiʻi and Alaska Airlines for their sponsorship of our 2019 Summer Blast Giveaway. We encourage all of our customers to download the new Minit Stop App. You could be the next big winner.”