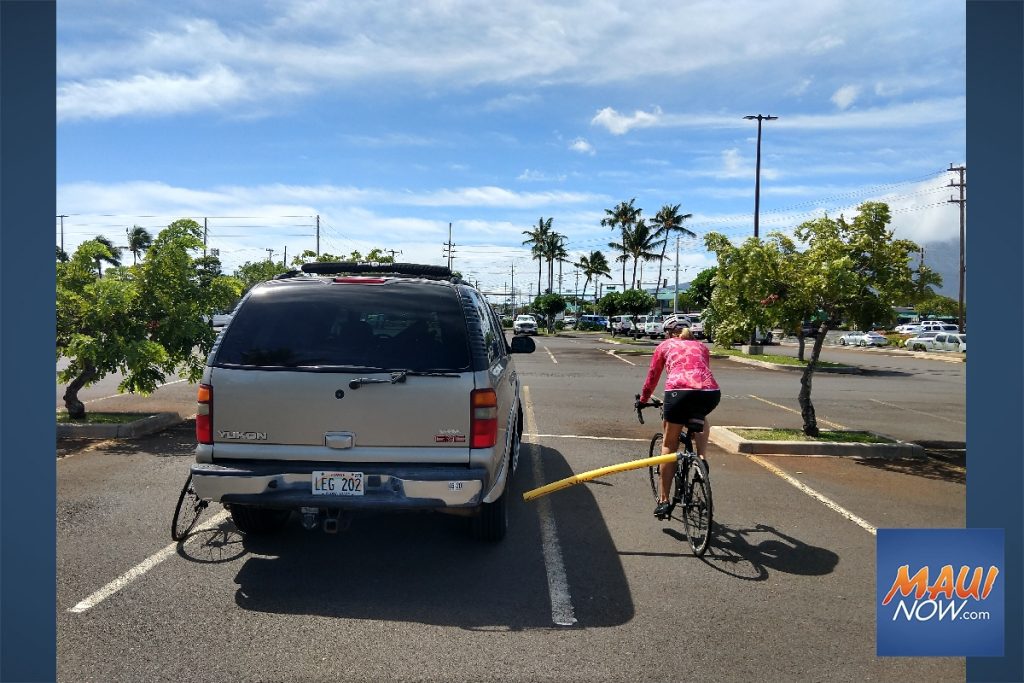 A little over two dozen bicyclists hit the streets on Saturday morning with noodle floaties.

But they werenʻt going to the beach.

The convoy, organized by the Maui Bicycling League, traveled 12 miles between Kahului and Pāʻia to raise awareness on Hawaiʻiʻs 3-Foot Passing law, which was passed just last year.

Organizers say the noodles, which were attached perpendicularly to the side of each bike, were used to show drivers the 3-foot space they are legally obligated to allow cyclists when overtaking them.

“We want to express the need for respect for all drivers, cyclists, and pedestrians as we all share many of the same paths and roadways,” MBL representative Kelli Lundgren said.

According to Lundgren, two cyclists have died in car collisions in Hawaiʻi this year.

“Two is two too many,” Lundgren added.

An avid cyclist who rides about 60 to 90 miles a week, Lundgren said most Maui drivers she has encountered were considerate on roadways.

“But it’s that one out of 50 who sends a chill down my spine and I wonder what they were thinking, or if they were paying attention to the road,” Lundgren said.

In addition to promoting safety on Maui streets, the MBL is also working with the county to improve roads and signs throughout the island.

The group acknowledges that the responsibility to travel safely goes for everyone.

“We also feel it’s important to teach cyclists about proper roadway etiquette in respect to sharing the roads with cars; including signaling our intentions for car drivers, conforming to road rules such as stop signs and lights, maintaining our bikes in good condition for safety, etc.