US Senators Brian Schatz (D-Hawai‘i) joined three other colleagues in calling on the Federal Communications Commission to end its efforts that he said “would threaten funding for programs that help millions of Americans in rural communities access telephone and internet services.”

“Especially in rural areas, USF programs have been key to redefining access to services and ensuring that the most vulnerable Americans have the tools and bandwidth necessary to communicate with one another, receive telehealth services, and engage in teaching and learning online,” the senators wrote. “We urge the Commission not to proceed down this path, and instead to consider other ways to support these critical programs that fulfill the mandate of Congress and that serve all Americans.”

“If the Commission goes forward with its plan to combine the budgetary caps of the E-Rate and RHC programs, increased demand in one program could lead to both programs becoming underfunded, which would pit the programs against one another in an unnecessary and unwise competition for funding. Such a result would stand in stark contrast to the Commission’s duty under the law to provide ‘specific, predictable, and sufficient’ support for schools, libraries, and health care providers,” the senators wrote. 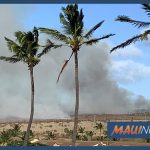 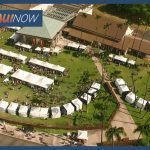