Opening day of the Vans Pro saw the first solid northwest swell pump through the Sunset Beach lineup, ushering in Hawaii’s professional surf season and offering local qualification into the Vans Triple Crown of Surfing. The World Surf League Men’s Qualifying Series (QS) 3,000 event saw perfection in the form of surf and scores, with Benji Brand (HAW) earning a perfect 10 from judges in Round 2 at the end of the day. 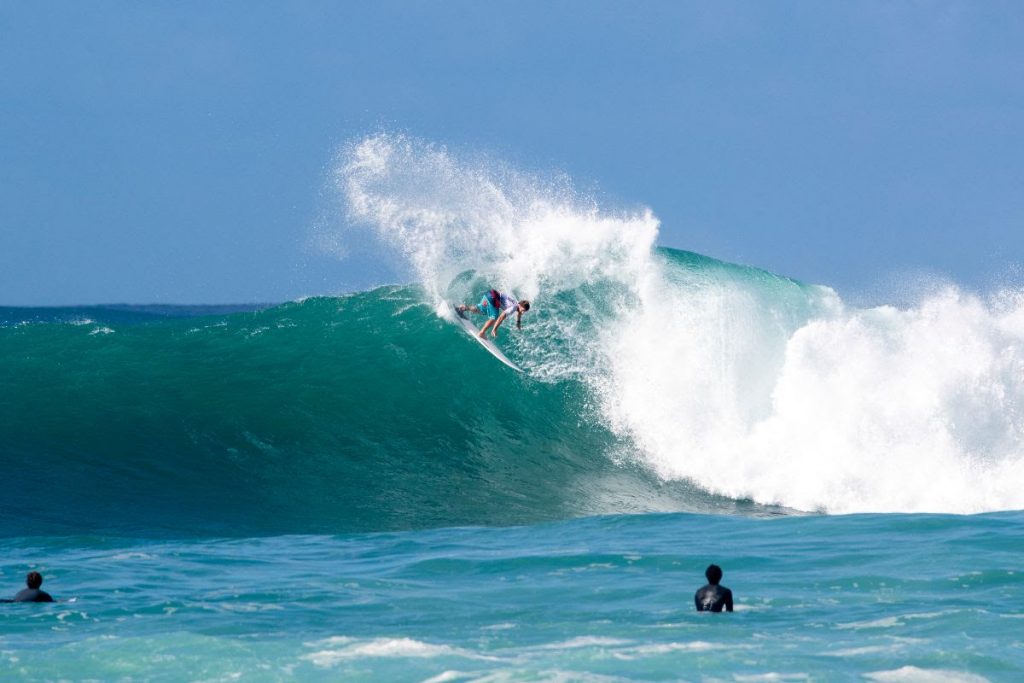 Benji Brand (HAW) outperforms the field with the only perfect 10-point ride of the 2019 Vans Pro. Photo: © WSL / Heff

Brand was in-form as the waves peaked in the 10 to 12 feet range with heights reaching over 15 feet during his Round 2 heat. His backhand performance was in a league of its own; midway through the 25-minute heat Brand opened up with three explosive maneuvers on a clean wave face to earn the best score achievable in professional surfing.

“I was almost not going to go on that wave,” Brand said in a press release. “It had a good little double-up chip to it, I kind of rolled in on the whitewater and it just let me into a little sick bowl. The wave had a good speed to it, just did three snaps and then finished on my feet, kind of air dropped at the end and it felt pretty good. Psyched, they somehow gave me a 10… sometimes it looks better than you think.”

Brand, who grew up between South Africa and Hawaiʻi, has spent the year traveling to some of the heaviest breaks in the world, including Teahupo‘o in Tahiti and Skeleton Bay in Nimibia. He also won the Rip Curl Cup Padang Padang in Bali this past July and has a WSL Hawaiʻi/Tahiti Nui Regional title under his belt.

Former Sunset champions also prevailed in the pristine conditions, including defending event winner Kiron Jabour (HAW) and 2010 Vans Pro winner Billy Kemper (HAW), who matched up in Round 2. While Jabour had the highest single wave score of the heat – a 7.40 out of a possible 10.00 – Kemper earned the win with a combined two-wave total of 12.60 (out of a possible 20). Proven Sunset winners dominated the competition today and Kemper was no exception. 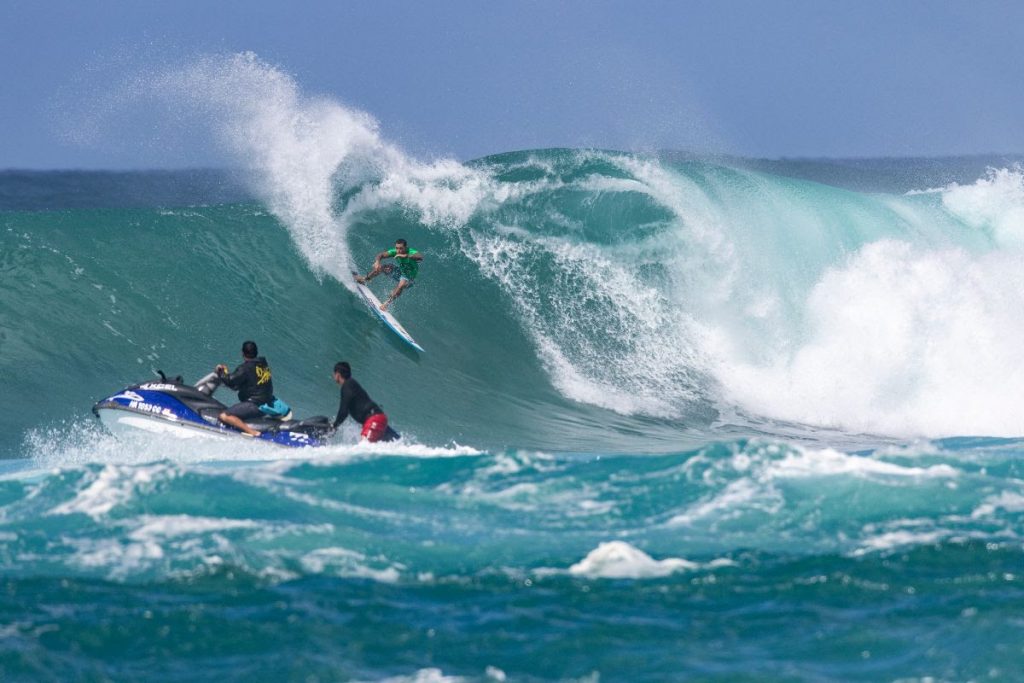 Known as the most important event of the year for Hawaii athletes, the Vans Pro is in its 36th year of qualifying locals into the Vans Triple Crown and former Vans World Cup winner and Big Wave World Champion Makuakai Rothman (HAW) recognizes the significance.

“This is the most important event of the year for any local Hawaii regional qualifying surfer,” Rothman said in the release. “When I was young there was no regional contest, there was no regional tour for us to qualify, this was the qualifier. This was everything to everybody around here that wasn’t on the world tour traveling all the time. This is probably the most pivotal event of the year for the Hawaii and Tahitian surfers. This is do or die for a lot of people who are outside the bubble and a lot of the guys who are in that are trying to keep their spot.” 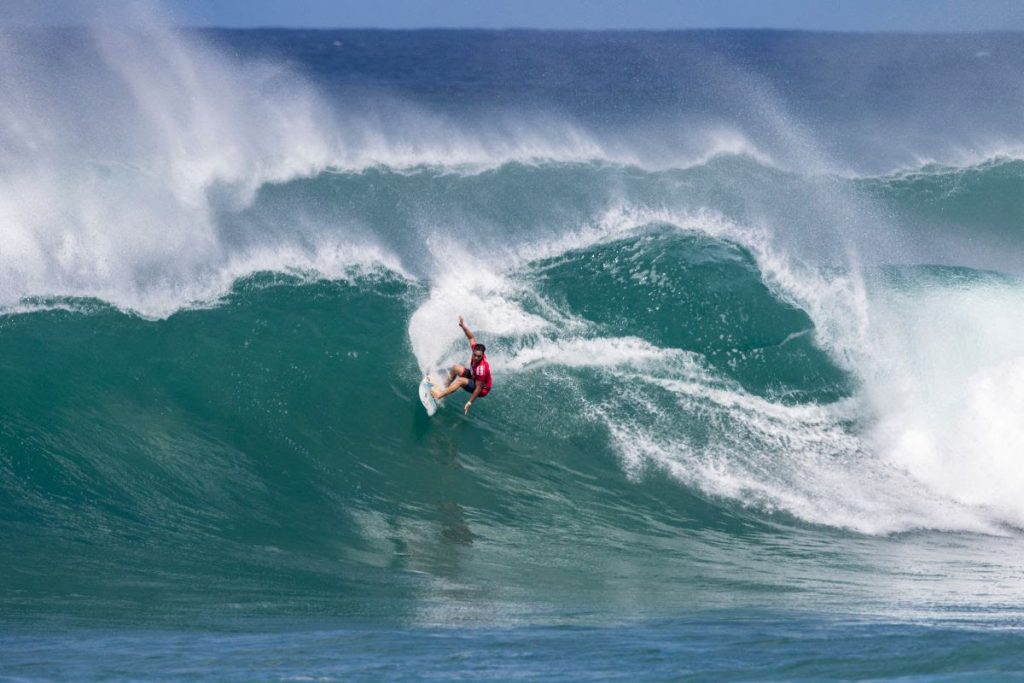 Former event winners Ian Walsh (HAW), Evan Valiere (HAW) and Danny Fuller (HAW) also advanced today, demonstrating that wave knowledge and experience is key when Sunset turns on. Walsh made it through two rounds and showed expertise in his early morning heat as he flowed through the lineup. 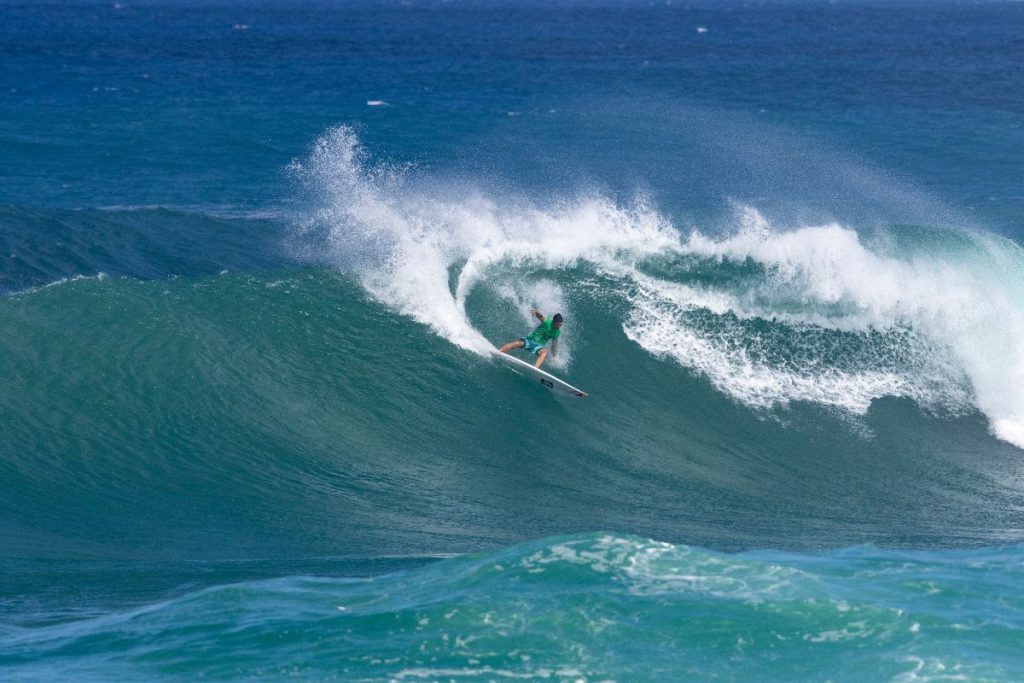 Despite the churning current and multiple peaks on offer today, Rothman had excellent wave selection and displayed confident surfing with strong finishes. He advanced behind Shane Sykes (ZAF) with an 11.23 combined heat total and is looking forward to another excellent day of competition in his backyard at Sunset Beach once the event resumes.

Nineteen-year-old Finn McGill earned the second highest score of the day, a near-perfect 9.00 for a set wave from the peak and three big power turns in Round 2 Heat 3. However, Patrick Gudauskas (USA) advanced past him with two good scores – a 6.43 and 7.33 – for the win.

The Vans Pro will be broadcasted live online and on Spectrum Surf channels 20 and 1020HD.