The Center for Biological Diversity filed a formal notice today of its intent to sue the Environmental Protection Agency for allegedly “failing to protect Hawaiian waters contaminated by plastic pollution.”

According to the Center, scientific studies have found that 17 water bodies around the Hawaiian Islands are impaired by plastic pollution. They include the waters off Kamilo Beach, nicknamed “Plastic Beach” due to the amount of garbage that accumulates on its shores.

“The plastic pollution crisis is already wreaking havoc on Hawaiʻi’s beaches and coastal waters, so the Trump administration needs to act now,” said Emily Jeffers, a staff attorney with the Center. “Officials first need to acknowledge the problem. Then we have to clean up the plastic that’s fouling the coastline and contaminating marine life.”

The Center for Biological Diversity states that the Clean Water Act requires the EPA to list all water bodies that are failing to meet state water-quality standards.  It says the agency “has failed to consider available data on plastic pollution and has not listed any waters as impaired by plastic.”

Those in support of the lawsuit say Hawaiʻi needs ocean waters to be free of pollutants to adequately support marine life and the conservation of coral reefs. Once a water body is designated as “impaired,” officials must act to reduce the pollution.

The complaint claims plastic pollution poses “a serious threat” to Hawaiʻi’s water quality and vulnerable marine ecosystems. “Microplastics, or plastics that have broken into tiny pieces, are emerging as a major threat to marine wildlife and water quality. Microplastics can absorb environmental toxins and get eaten by fish and other marine animals, then eventually be consumed by humans,” according to a press released issued by the organization.

“At beaches where our cultural practitioners use to collect limu, or our keiki used to gather shells, now we see only plastic,” said Maxx Phillips, the Center’s Hawaiʻi director. “Ocean plastic pollution is a global epidemic that Hawaii is paying the price for. Identifying Hawaiian waters that are impaired is an important first step in combating this serious problem.”

According to the organization, plastic pollution has been accumulating in our oceans for decades and is “expected to outweigh all the fish the sea by 2050.” 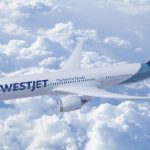 WestJet Dreamliner Takes Off for Maui 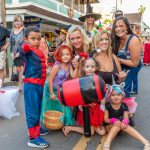