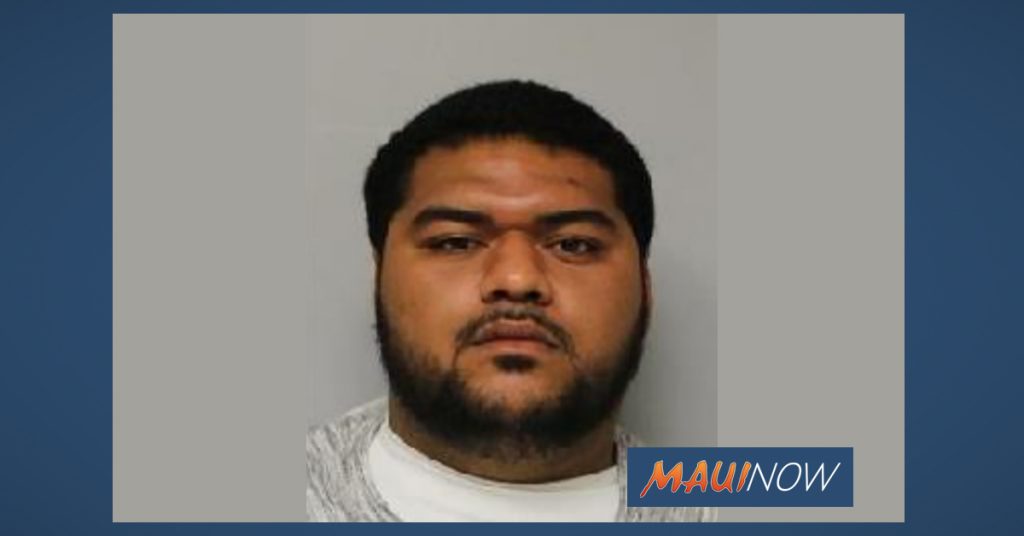 A Maui man was arrested this week in connection with a fatal motor vehicle accident involving a pedestrian reported in the parking lot of McDonald’s on South Kīhei Road more than a year and a half ago.

Kimo Mike Sims, 27, of Kīhei, was arrested at his home at around 9:04 a.m. on Thursday, Nov. 7, 2019, on a warrant for second degree negligent homicide and accidents involving death.

Maui police Sergeant Kenneth Kihata said, “Through hundreds of hours spent on numerous follow-up investigations and reconstructing this crash by investigators of the Traffic Section’s Vehicular Homicide Unit, the operator of the Honda Civic was identified.”

According to police reports, the collision occurred at around 2:27 a.m. on Tuesday, Jan. 23, 2018, as a black 2013 Honda Civic four-door sedan travelling north on South Kīhei Road, executed a left turn into the McDonalds parking lot, collided into the curb on the north end of the entrance. Police say the Honda then continued into the parking lot where it collided into an adult male pedestrian.

According to police, the operator and passengers of the Honda fled the scene on foot prior to police arrival without rendering aid to the pedestrian.

The pedestrian, later identified as Robert C. Mercier, 57, was transported to the Maui Memorial Medical Center Emergency Room in critical condition where he was later pronounced dead.  Police say Mercier had no local address.