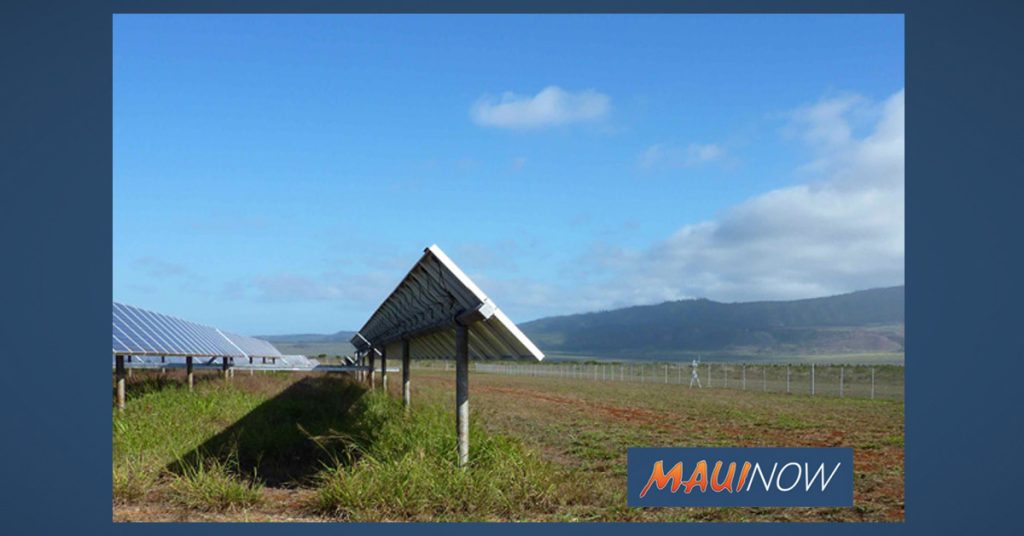 The Hawaiian Electric Companies have received more than 75 proposals after its call for more renewable energy resources to “accelerate the state’s transition off fossil fuels used for generations of electricity.”

Proposals include bids to use solar, wind, energy storage, and other technologies.

Hawaiian Electric representatives say the submissions include more than 200 variations on how resources could be configured.

These proposals are for projects on O’ahu, Maui and Hawai‘i Island. This total includes proposals on all three islands for grid services from customer-sited resources like private rooftop solar.

“If we’re successful with these projects and others already underway we’ll be well past the halfway mark to achieving the state’s 100 percent renewable energy goal,” senior vice presidents for business development Jim Alberts said in a press release.

Final award groups will be named in May 2020. Pending negotiations and final approvals by the Public Utilities Commission, the first renewable projects would come online in 2022.

New renewable generation and storage is needed for the planned retirement of the Kahului Power Plant by the end of 2024.

In the first phase of the renewable procurement, regulators approved seven projects on O‘ahu, Maui and Hawai‘i Island that will add approximately 260 megawatts of solar energy with over 1 gigawatt-hour of storage by the end of 2021.

According to Hawaiian Electric, the long-term prices negotiated for those projects are “significantly lower than the current cost of fossil fuel generation.”

The company plans to solicit proposals from Moloka’i and Lānaʻi companies later this year.