A rare bird species on Maui experienced an unexpected setback in recent weeks when nine of the critically endangered birds were found dead.

The Kiwikiu or Maui Parrotbill birds were part of a larger group of 13 that were translocated from captivity and the wild to the Nakula Natural Area Reserve on the leeward slopes of Haleakalā in East Maui.

The program is part of a decade-long effort that is intended to establish a second “insurance” population for the species, that’s more suitable than the wetter, colder, ʻōhiʻa-dominated forest at Hanawī, also in East Maui.

Avian Conservation, Restoration and Data Management Technician, Chris Warren, with the Maui Forest Bird Recovery Project estimates that the population of these endemic honeycreepers currently stands at between 44 and 312.  Surveys indicate the population is likely around 157.

“Particularly given how the translocation has gone, our worry for the species as a whole is even more elevated,” said Warren in a Facetime interview with Maui Now today.

Biologists say preliminary tests suggest that avian malaria is suspected in the deaths, however final post-mortem results are pending release from partners from the San Diego Zoo Global. 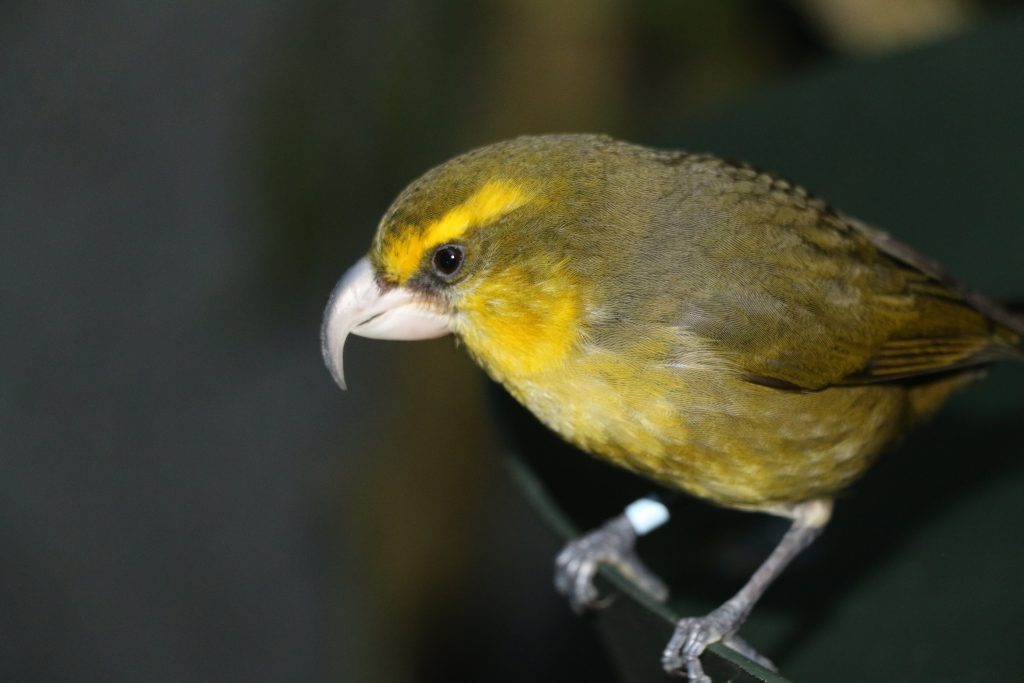 Given the results of the first translocation effort, Warren said, “I think we’re not going to move more birds in the short-term.  It wouldn’t be responsible if we don’t somehow either come up with a way of handling mosquitoes in the short-term, or some larger landscape level mosquito control–some of which are being developed now.”

“Given the changes in temperature in the last few years,” Warren said future efforts may also include attempts at refining the range of prospective habitat choices.

In the meantime, coordinators say they’re cautiously optimistic and pleased that the three male birds and one female remaining from the translocation, are beginning to move away from the feeders set up and are foraging on native plants and trees.

Additional captures and releases depend on how this first group does over the next few months and will not happen until next year at the earliest.

“This translocation and reintroduction was the number one recovery plan for this species because some of those landscape level mosquito control efforts really weren’t viable tools when the plans were being created, so I would say, that has to be the priority now,” said Warren.  “I don’t want to be too dire, but without that, these birds and many other species are basically doomed,” he said.

Progress in restoring the forest at Nakula is something that crews are particularly proud of despite the recent setback with their translocation effort.  “It’s been really remarkable… If at least in the short-term Nakula is not going to be ready for very disease-sensitive species, which kind-of remains to be seen, I think that it has been and can be a boon to other species,” said Warren.