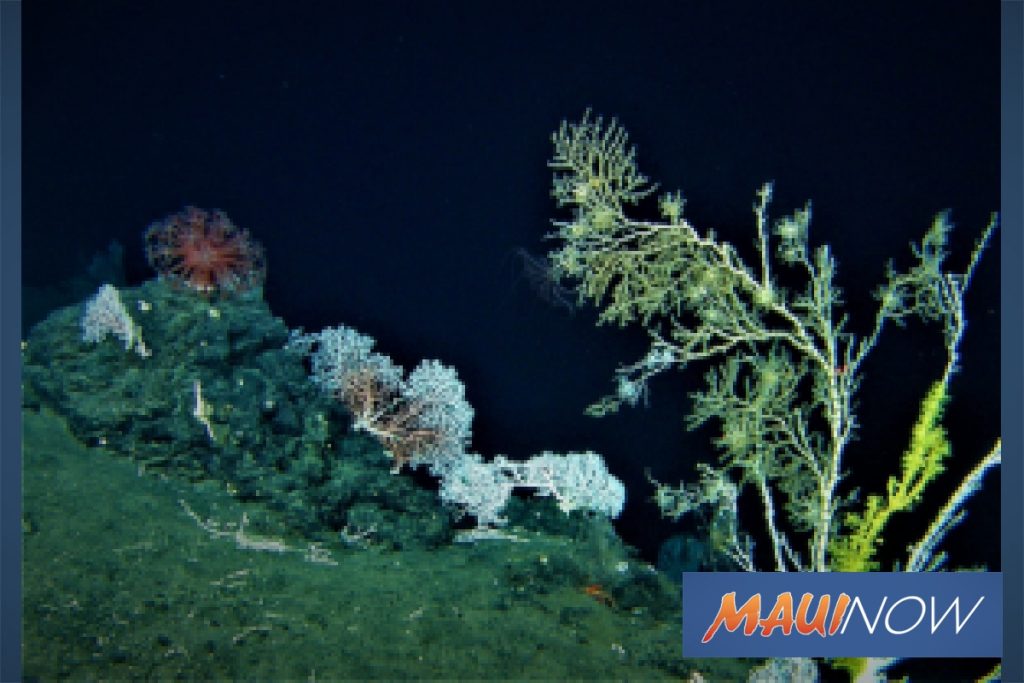 A new study from the University of Hawaiʻi at Mānoa recently revealed growth rates and patterns among deep-sea coral communities off Hawaiʻi Island.

According to the researchers, this data is the first of its kind.

The scientists used remotely-operated, underwater vehicles to examine coral communities on lava flows on the leeward flank of the island.

Scientists said these corals appear to be some of the oldest ones living in the area.

The study reported Coralliidae, pink coral, were the first to colonize after lava flows were deposited.

The last to colonize the area was Kulamanamana haumeaae, gold coral, which grows over mature bamboo corals, and is the slowest growing within the community.

“This could help inform the management of the precious coral fishery in Hawai‘i,” the studyʻs lead author Meagan Putts said in a press release.

“Hawai‘i is probably the only place in the world where such a study could have been performed due to its continuous and well known volcanology. Prior to beginning this work, it was unclear if a pattern of colonization existed for deep-sea coral communities and in what time frame colonization would occur.”

The scientists say this research could inform efforts to recover deep sea ecosystems that may be disturbed by fishing and mining.