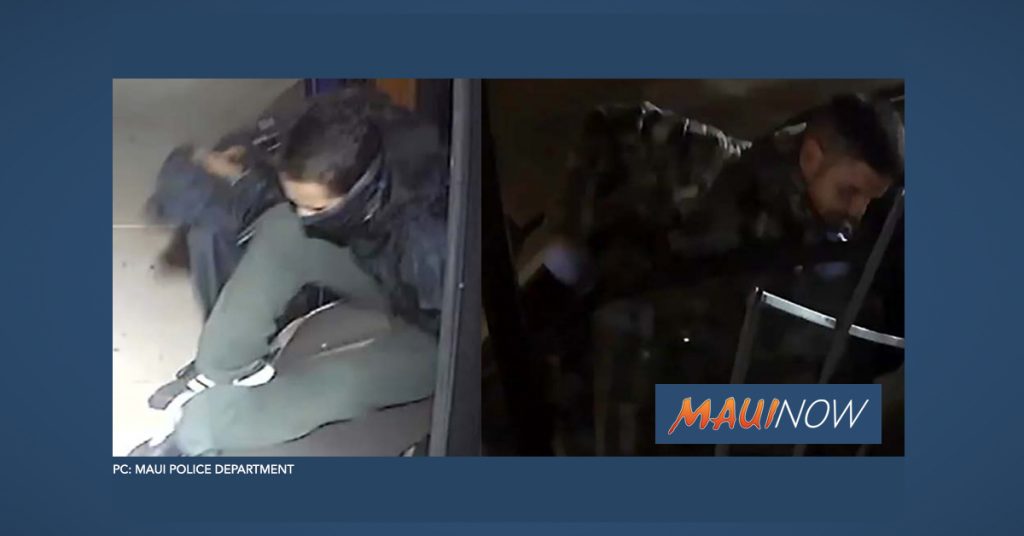 Maui police arrested four individuals as part of their investigation into a smash-and-grab burglary of a Kahului pawn shop over the weekend.

Keala Baker, a 33-year-old man with no local address, was apprehended at around 1 a.m. on Tuesday, Nov. 19, 2019 by Maui Police Crime Reduction Unit officers along with officers from Wailuku Patrol and the Special Response Team. Police say he was wanted for multiple warrants and was suspected of committing a number of other criminal acts for which he was being investigated.

In addition to being arrested under strength of four separate warrants, Baker was also arrested for first, second and third degree promotion of a dangerous drug. Baker is also under investigation for other criminal cases including burglary, unauthorized entry into a motor vehicle, unauthorized control of a propelled motor vehicle and multiple counts of theft in varying degrees. Police say one of the burglaries for which he was arrested includes the incident at Central Maui Gold and Loan in Kahului on Sunday, Nov. 17, 2019

Also apprehended with Baker were: Jacob Baylosis, 37; Kaulana Kualaau, 30-year-old woman; and Nathaniel Nature, 39. All are from Haʻikū.

Baylosis was arrested for his alleged involvement in the burglary of Central Maui Gold and Loan as well as first degree hindering prosecution, two counts of first degree theft, felon in possession of a firearm, firearm storage, gun permit, two counts kf third degree promoting a dangerous drug, third degree promotion of a detrimental drug and endangering the welfare of a minor.