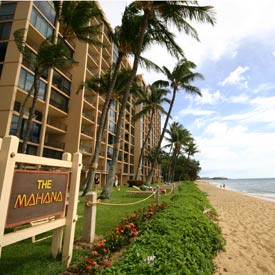 Hotels and vacation rentals throughout Maui County outperformed others in the state during October, the Hawaiʻi Tourism Authority announced earlier this week.

Throughout the month, Maui County boasted the largest vacation rental supply in the state at 323,000 unit nights, a 29 percent increase compared to a year ago. About 79 percent of those spaces were occupied.

In addition, hotels in Maui County led the state in revenue per available room (RevPAR), with an overall occupancy rate of 76 percent.

In its report, the Hawaiʻi Tourism Authority defined a vacation rental as the “use of a rental house, private room in private home, or shared room/space in private home.”

The HTA also noted that the report did not determine or differentiate between units that are permitted or unpermitted.

“It is important to note that unlike hotels, condominium hotels, and timeshare resorts, vacation rental units are not necessarily available year-round or even for every day of the month,” an HTA press release read.

According to the HTA, hotels statewide reported growth in RevPAR, average daily rate, and occupancy in October compared to the same time last year.

Hawaiʻi hotels amassed a total of $333.8 million in room revenues by the end of the month, $12.2 million higher than last year.