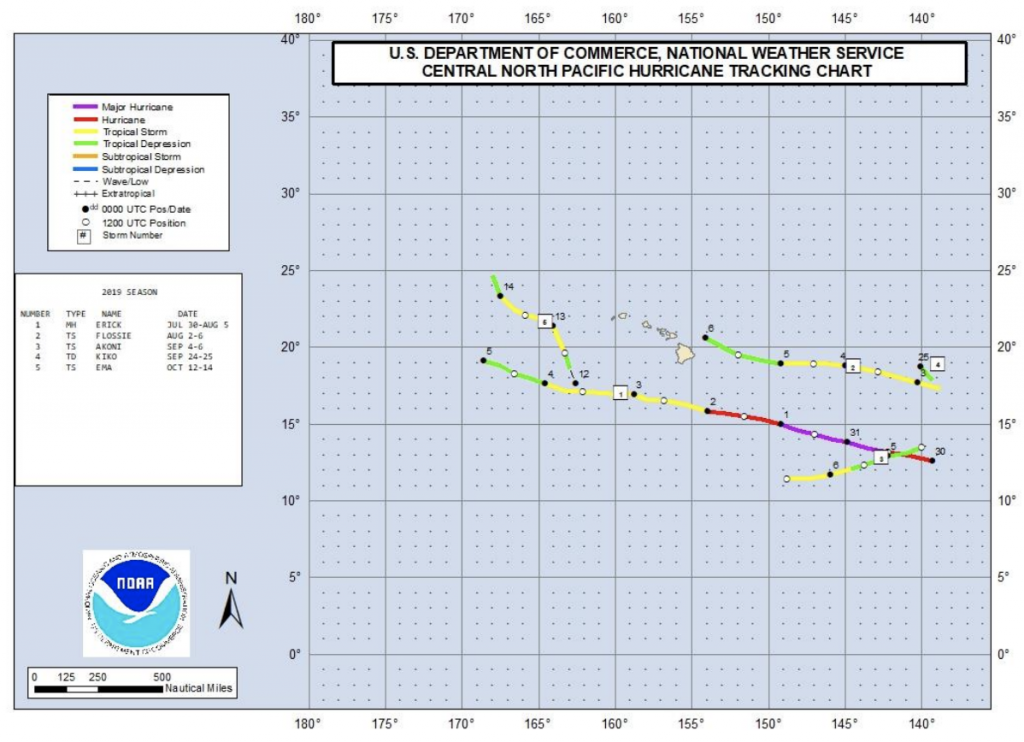 Hurricane Erick was the first tropical cyclone of the season in the Central Pacific, moving into the basin from the east on July 30. Erick rapidly intensified to a major hurricane (category 4 on the SaffirSimpson Hurricane Wind Scale) later that day, then steadily weakened as it passed far south of the main Hawaiian Islands.

Tropical Storm Flossie entered the basin on August 3 and approached Hawaii from the east, eventually dissipating before reaching the islands.

Tropical Depression 12-E entered the basin on September 4 and strengthened to Tropical Storm Akoni. Akoni was the first tropical cyclone to be named from the Central Pacific list of names since Hurricane Walaka in 2018.

Tropical Storm Ema, the second cyclone to be named from the Central Pacific list of names, developed southwest of the main Hawaiian Islands on October 12. Ema dissipated over the southern portion of the Papahanaumokuakea Marine National Monument shortly before crossing between French Frigate Shoals and Maro Reef.

Impacts to the State of Hawaiʻi: Swells from Tropical Cyclone Barbara, which dissipated just before crossing into the Central Pacific basin, led to high surf along east facing shores of the state during July 6-9. Remnant moisture from Barbara also led to heavy rain across Maui and Hawaiʻi Counties during July 8-11. Swells generated by Tropical Cyclones Erick and Flossie led to high surf along east and south facing shores during August 1-6. Moisture associated with Erick also contributed to heavy rain over Hawaiʻi County on August 2, and across Kauaʻi County during August 4-5.

The 2019 season started with an El Niño event that was expected to last through the fall. Instead, steady cooling commenced early in the summer leading to neutral conditions by the heart of the hurricane season.

Annual Comparisons (including out of season tropical cyclones): 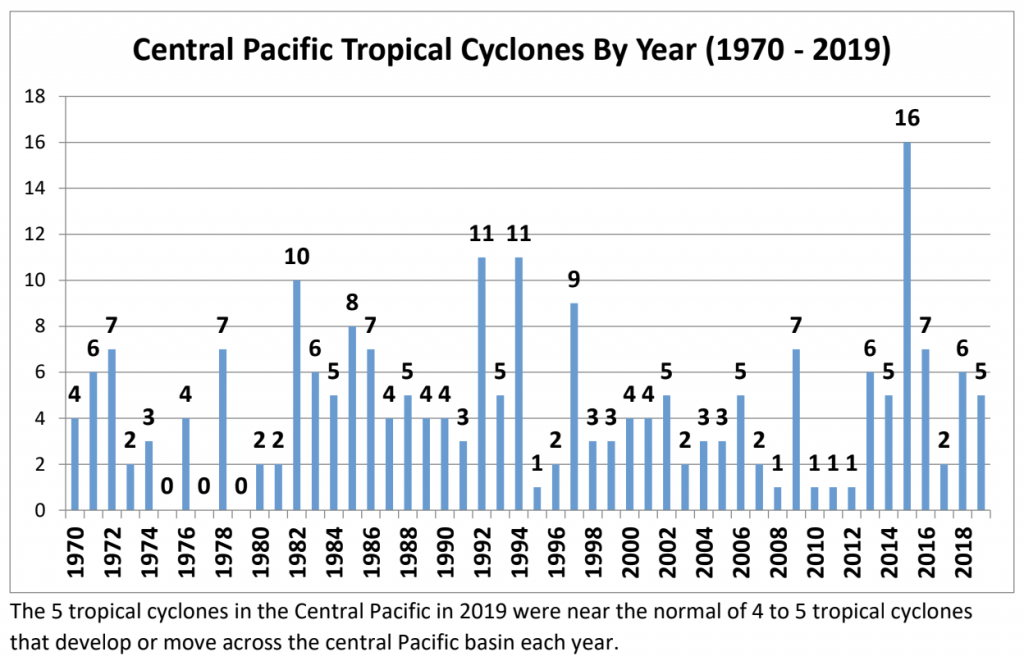