Wisdom, a Laysan albatross and the world’s oldest known, banded wild bird has returned to Midway Atoll National Wildlife Refuge and Battle of Midway National Memorial. Wisdom is at least 69 years old and has hatched more than 35 chicks over the course of her lifetime.

Wisdom was sighted at her nest site on Nov. 22, 2019. Her mate, Akeakamai, has not yet arrived for the season, but she is not alone. Midway Atoll is located in Papahānaumokuākea Marine National Monument, a globally important habitat for seabirds. The atoll is home to 73% of all Laysan albatross in the world. Each year in late October, more than a million albatross return to Midway from the sea and by the end of November nearly every available patch of land is claimed by a breeding pair.

Wisdom and her mate, like most albatross, return nearly every year to the same nest site. This behavior is known as “nest site fidelity” and it makes places with large colonies of nesting birds, like Midway Atoll, critically important for the future survival of seabirds like Wisdom.

“Midway Atoll’s habitat doesn’t just support millions of birds, it supports countless generations and families of albatrosses” said Kelly Goodale, U.S. Fish and Wildlife Service Refuge Biologist. “If you can imagine when Wisdom returns home she is likely surrounded by what were once her chicks and potentially their chicks. What a family reunion!”

Raising the next generation of albatross is no easy job. Albatross parents like Wisdom and her mate Akeakamai take turns incubating the egg or caring for the chick. They will spend approximately seven months on Midway Atoll incubating and raising their chick.

When not on parenting duty, Wisdom and Akeakamai take turns flying thousands of miles across the ocean in search of food. Laysan albatross fly up to 50,000 miles a year as an adult – which means that Wisdom has flown approximately 3.5 million miles in her life, or 7 round trips to the moon!

“For millions of years, the Northwest Hawaiian Islands have been a safe refuge for albatross like Wisdom, as well as countless other migratory birds, endangered monk seals and green sea turtles,” said Acting Refuge Manager Stephen Barclay. “Our job is to ensure that this refuge out here in the middle of the ocean remains a safe place for the wildlife that call it home,” said Barclay.

Since 1936, over 250,000 albatross have been banded at Midway Atoll. By pairing modern data analysis with detailed current and historical records, biologists can make more informed decisions that ensure seabirds have the habitat and resources they need in the future.

“Wisdom is important not only because she is a part of a long term study of albatross population, but also because she is an individual that we can actually know and follow her personal history,” said Beth Flint Supervisory Wildlife Biologist. “She has seen so much, and yet she is still doing what she evolved to do: surviving and raising young every year. That makes her incredibly powerful as a symbol of why we do what we do,” said Flint.

Biologists with the US Fish and Wildlife Service are working to restore the habitat seabirds need at Midway Atoll, including removing threats like invasive mice that are preying on albatross and putting the colony at risk. 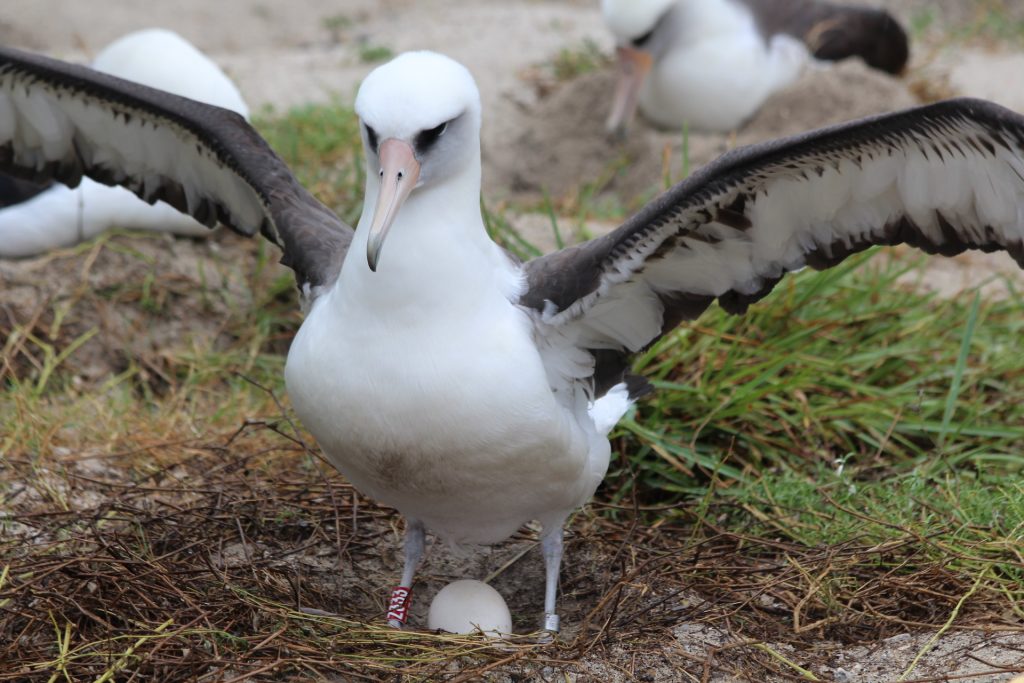 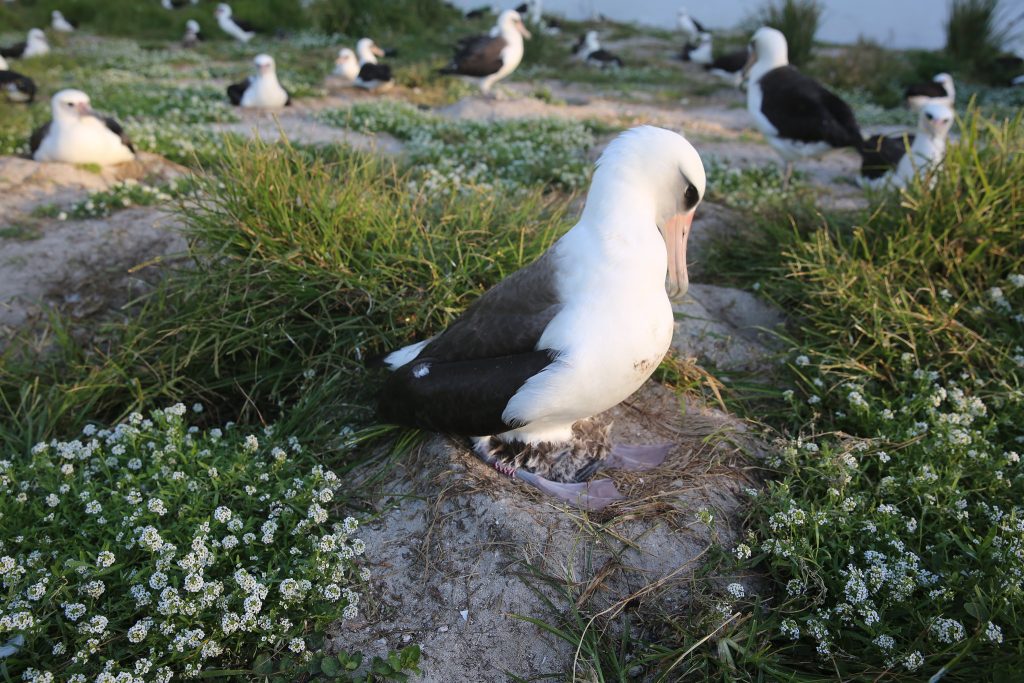 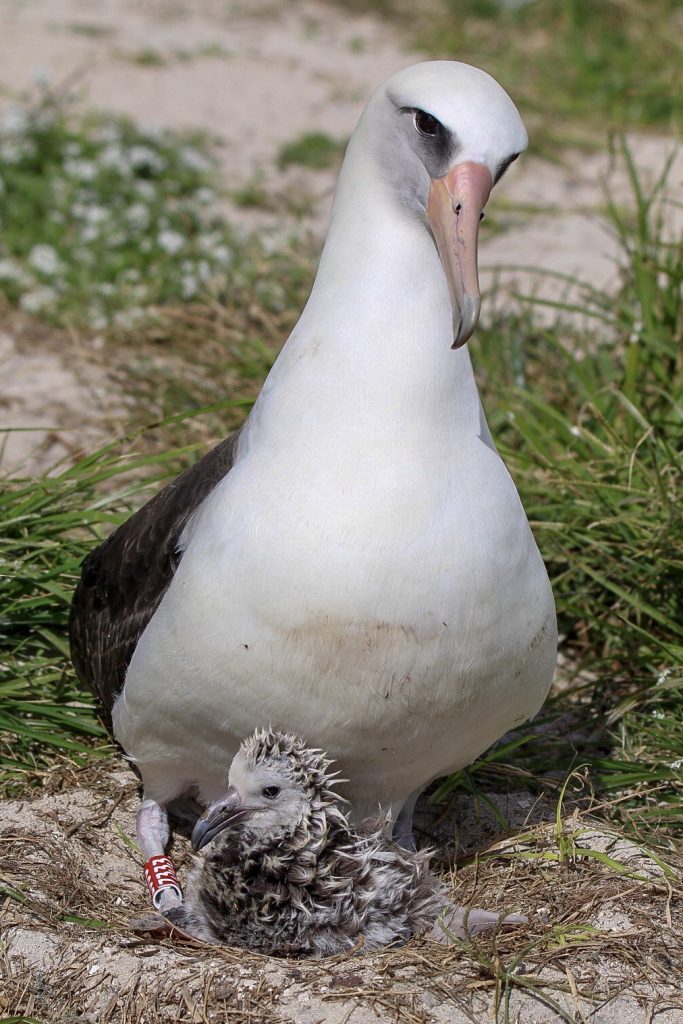 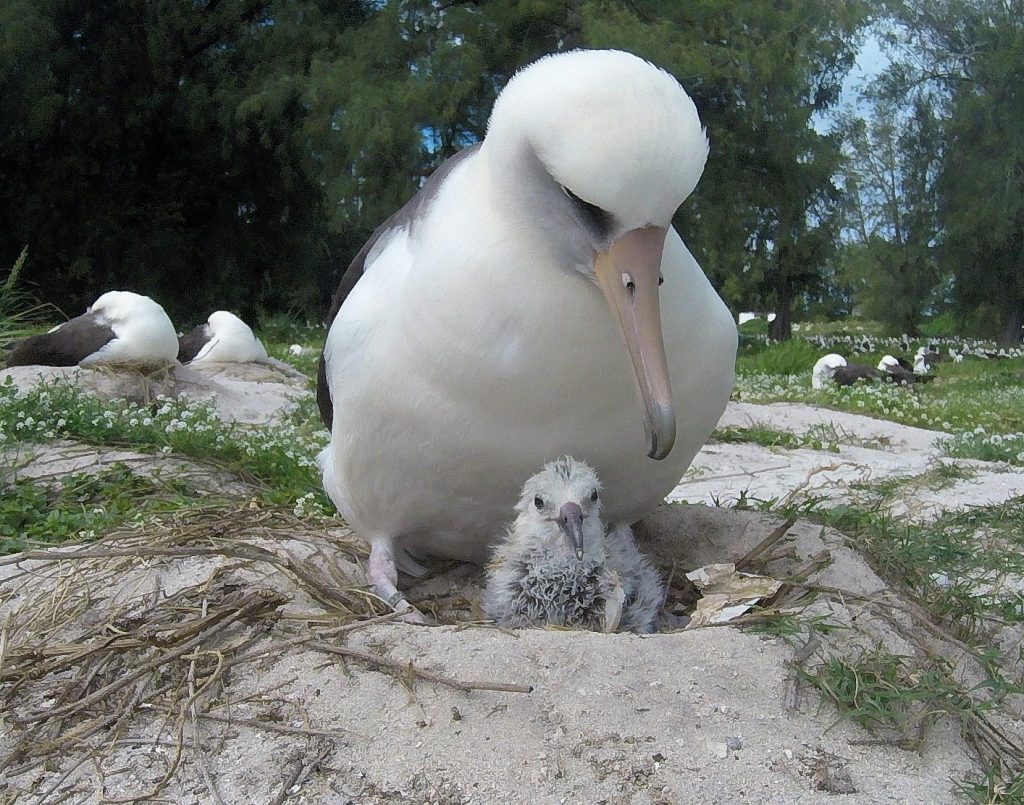 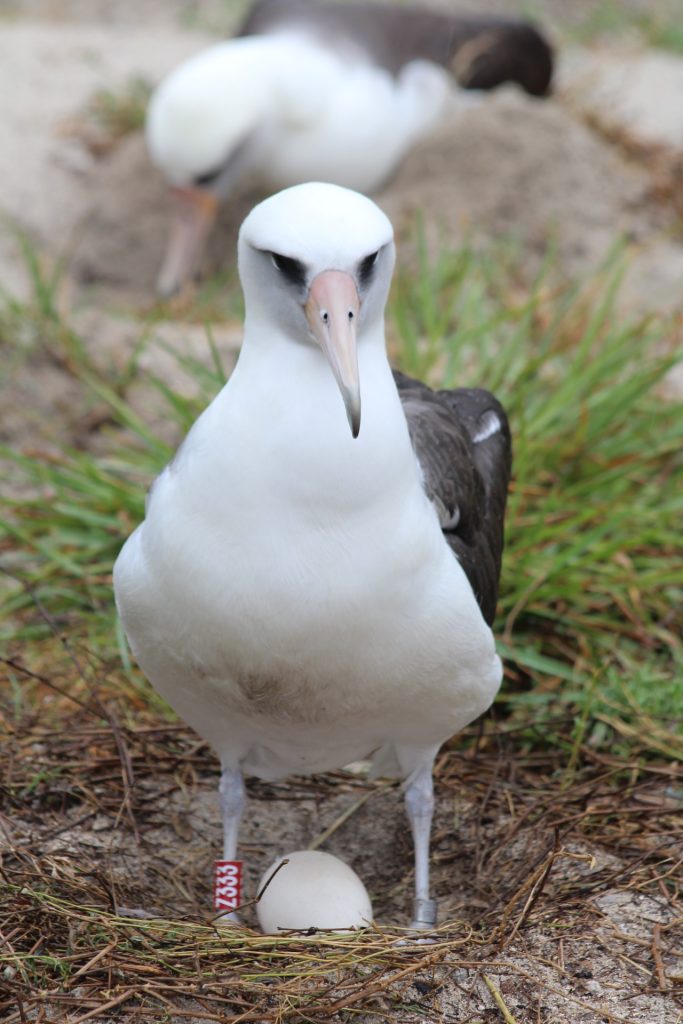