Hawaiʻi’s Carissa Moore has much to celebrate today, earning her 4th World Surf League Women’s Championship Tour title, securing a spot on the USA Olympic team, and garnering a semifinal finish at the lululemon Maui Pro event at Honolua Bay.

Moore’s world title is her fourth in eight years, having won the world title in 2011, 2013, 2015 and now in 2019.  In a podium ceremony, contest organizers described Moore as a surfer with “regal strength and a bright smile,” who “lifts everyone up around her.”

During the ceremony, Moore said she is “Still in the process of processing,” but described today as, “absolutely tremendous,” saying she feels an “overwhelming amount of love.”

Moore’s contention for the title heated up int he second half of the season after earning first place finishes in the Corona Open J-Bay and the Roxy Pro France.

Moore is also among eight elite women surfers who earned provisional qualification this week for the 2020 Olympics in Tokyo, where surfing makes its Olympic debut.  Joining her are: Caroline Marks (USA); Tatiana Weston-Webb and Silvana Lima of Brazil; Sally Fitzgibbons and Stephanie Gilmore of Australia; Johanne Defray of France; and Brisa Hennessy of Costa Rica.

WSL CEO Sophie Goldschmidt noted that in addition to the momentous finale on Maui, this year’s tour also marked the first of equal prize money for the Women‘s circuit. 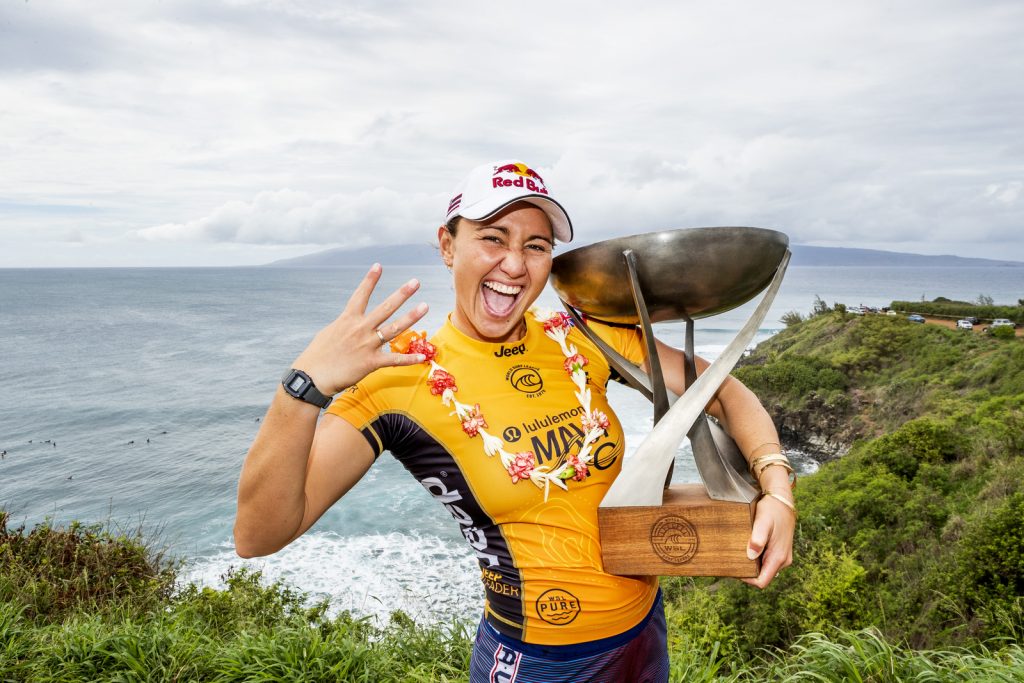 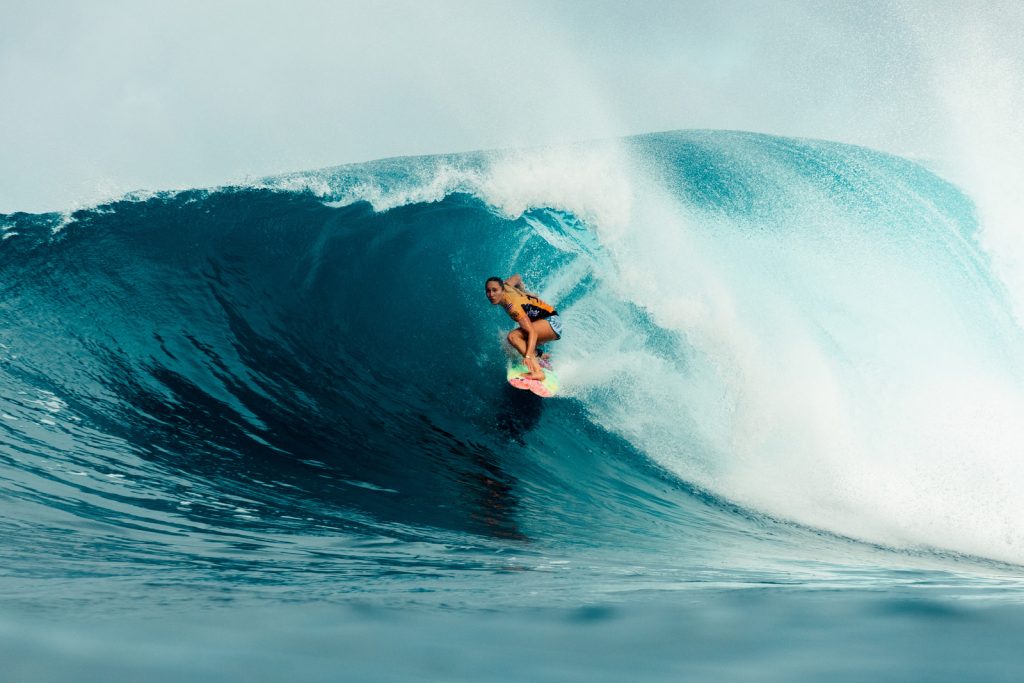 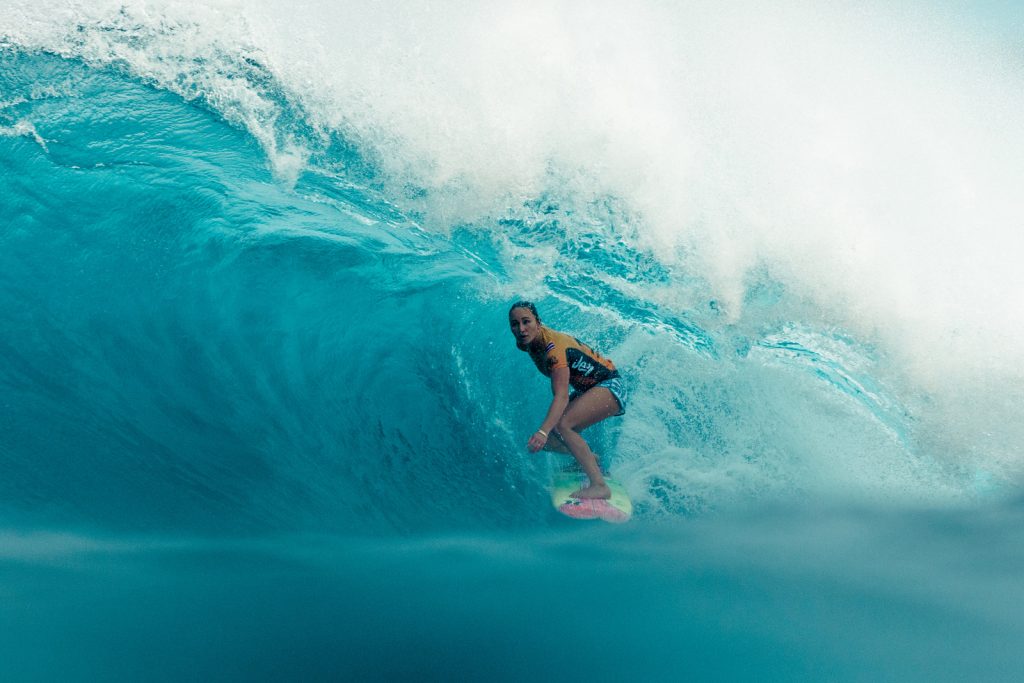 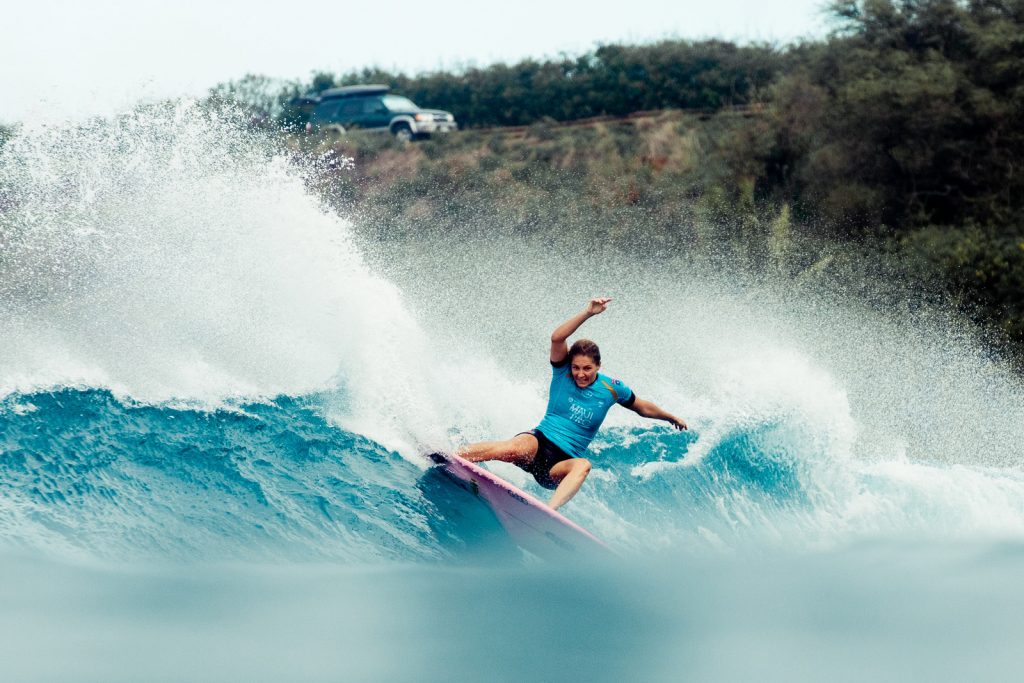