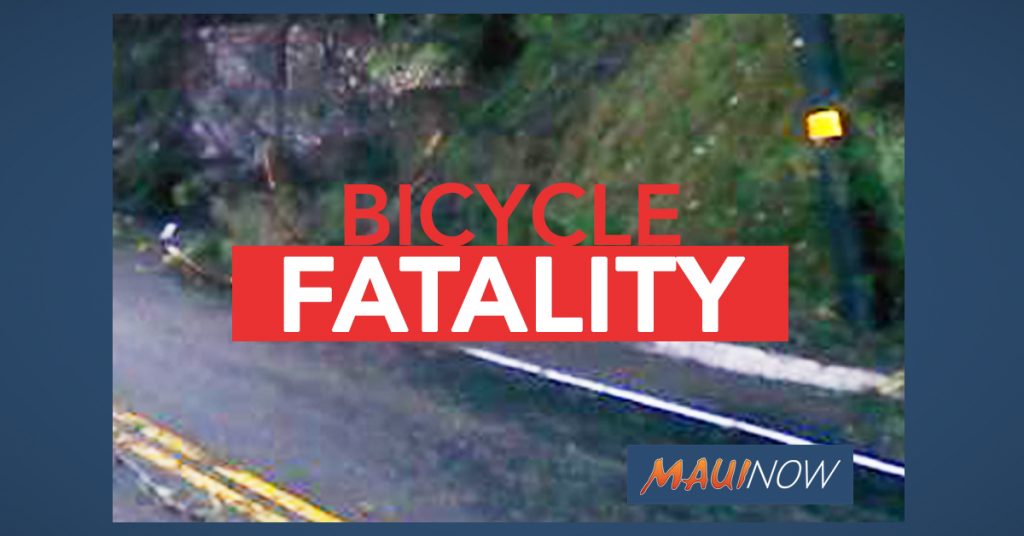 A Christmas Eve motor vehicle crash on Maui claimed the life of a Kula man who was operating a bicycle when he was struck by a pickup truck on the Kekaulike Highway.

Police say an investigation determined that a 2016 Ram 2500 pickup truck was traveling south on Kekaulike Highway, attempting to turn left onto Hapapa Road when the accident occurred.

A 56-year-old Kula man operating the pickup, failed to observe a bicyclist traveling north on Kekaulike Highway within the bike lane, police said. While executing a left turn onto Hapapa Road, the operator of the truck collided into the bicyclist, who was ejected from his bicycle and landed on the roadway.

Police identified the operator of the bicycle as Andrew Janssen, 64, of Kula, and say he died at the scene. Police say Janssen was wearing a helmet at the time of the collision.

The operator of the Ram truck was not injured and was utilizing his seatbelt at the time of the crash.

This was the 23rd traffic fatality on Maui County roads, compared to 17 at the same time last year.