Maui Mayor Offers Condolences on the Passing of Jan Dapitan

Mayor Michael Victorino offered his condolences Thursday to family members of the late Jan Dapitan, a longtime environmental community leader and former director of the County of Maui Department of Parks and Recreation. 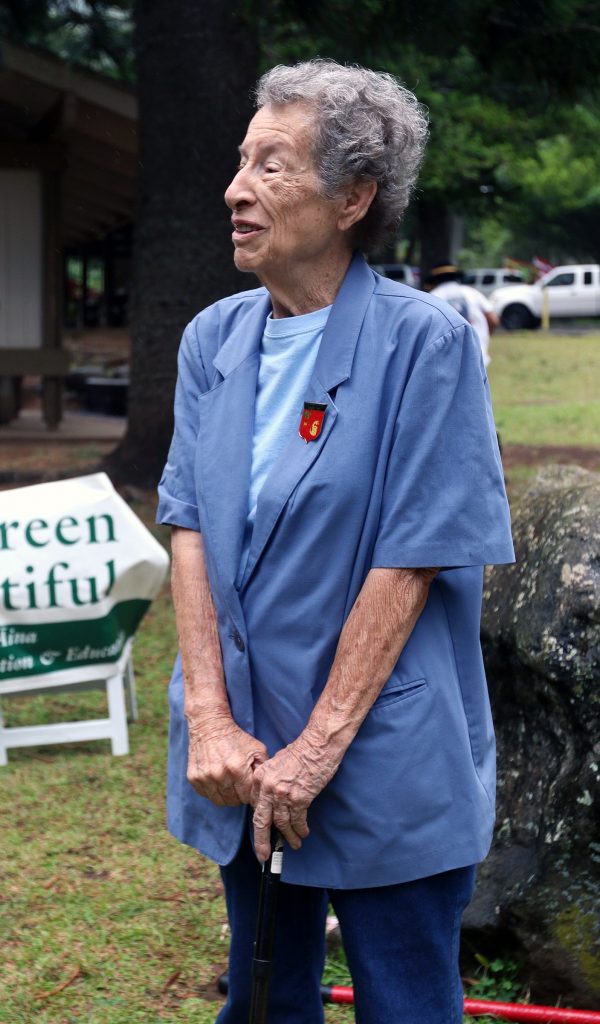 PHOTO: Chris Sugidono / County of Maui. Jan Dapitan speaks during a tree planting event in November hosted by Maui Green and Beautiful and the County of Maui at Kepaniwai Park.

“I extend my deepest condolences to the family and friends of Jan Dapitan,” Mayor Victorino said. “She was a great, inspirational community leader with an enduring commitment to protecting Hawaii’s environment, especially its beauty.”

Dapitan served as Maui County parks director in the mid-1970s. She was the County’s Volunteer Action Coordinator from 1988 to 1993 and served as director of recreation from 1993 to 1997. During her service with the County, she developed innovative programs, such as Adopt-a-Park.

Dapitan was a founding board member of the Office of Litter Control’s Community Work Day Program, which later became the local nonprofit Malama Maui Nui. Community Work Day was a network of volunteer-run groups that fought litter and blight issues in the 1980s.

She was Hawaii’s leader for the Keep America Beautiful program, and she led the effort to create Hawaii’s Environmental Court.