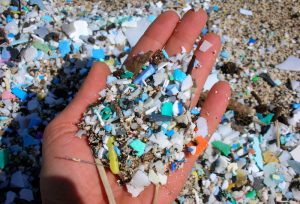 The bill creates a foundation to respond to debris, a prize for innovation, enhances international cooperation on marine debris, boosts domestic infrastructure to prevent debris from entering the environment, and authorizes studies on waste management and mitigation. The legislation passed the Senate last week.

“Marine debris from all over the world is found in Hawaiʻi’s waters and washes up on our shores, including between 15 and 20 tons per year just on Hawaiʻi Island’s Kamilo Beach,” Sen. Hirono said in a press release.

“The Save Our Seas 2.0 Act provides critical resources for cleaning up our existing pollution, facilitating international collaboration to curtail marine debris globally, and improving infrastructure to keep debris from entering the environment. We must address this global crisis immediately to protect the health of Hawaii’s avian and marine life, including corals, fish, humpback whales, sea turtles, and monk seals.”

In addition, the act requires the Environmental Protection Agency to develop a strategy within a year of the bill’s enactment to improve recycling infrastructure and programs to assist local waste management authorities in intercepting waste before it enters waterways.

Plastic can take hundreds of years to biodegrade, and plastic debris cause the deaths of more than a million seabirds and 100,000 marine mammals annually, according to estimates from the UN.

A recent study in Hawaiʻi found that fish begin ingesting microplastics as early as the larval phase, which could have drastic impacts on marine ecology.

Before consideration on the floor, sections of the bill passed through the Senate Commerce, Science & Transportation Committee, the Senate Foreign Relations Committee, and the Senate Environment and Public Works Committee.

The bill now must pass the House of Representatives and any differences be reconciled before being sent to the president.