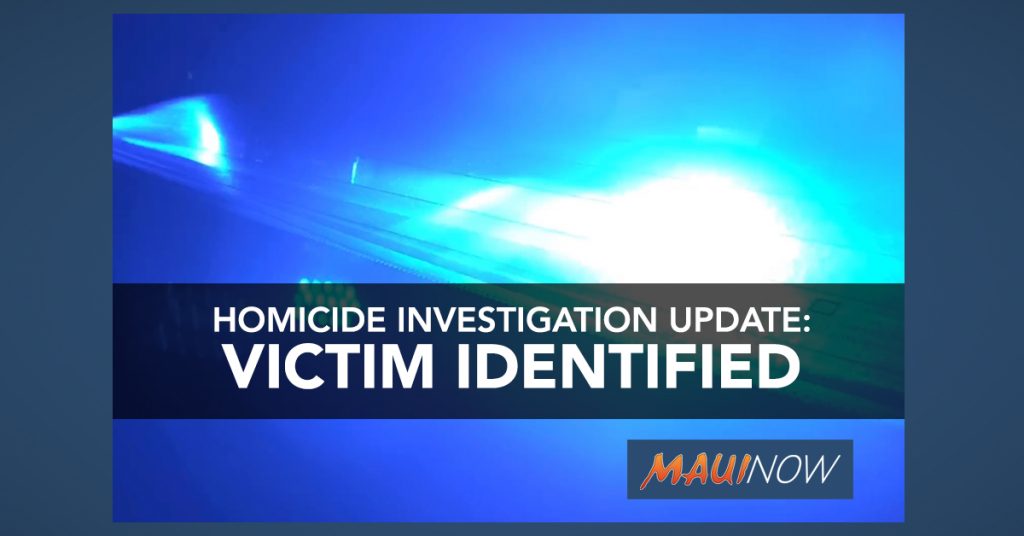 Maui police today identified the male victim in Saturday’s Pāʻia homicide investigation as 20-year-old Keenan Blair.  Police found Blair’s body at around 12:30 p.m. on Feb. 1, 2020, in the area of Holomua Road and say he appeared to have been severely beaten

His torched vehicle was later found off Baldwin Avenue near the old Pāʻia Gym.

Police arrested 39-year-old William Douglas Allen on Sunday in connection with the case on suspicion of second degree murder, but had not filed charges at last report.  Allen remained in police custody pending the ongoing investigation.

Police say Blair and Allen knew each other, but say the reason for this incident is still being investigated.