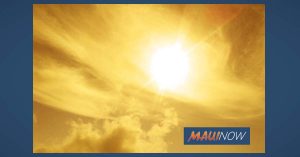 Members of the Hawai‘i State Senate and House of Representatives introduced a bipartisan bill to ban sunscreen SPF products that are not considered “safe and effective” by the US Food & Drug Administration.

This legislation builds upon the 2018 law in which Hawaiʻi banned the sale of sunscreens containing Oxybenzone and Octinoxate.

Both compounds were found to have contaminated much of Hawaiʻi’s coastline at concentrations that are poisonous to coral, fish, sea urchins and algae, as well as marine mammals and sea turtles.

Other countries and jurisdictions followed Hawai‘i’s example, implementing their own bans, including Palau, Aruba, Bonaire, the US Virgin Islands, Marshall Islands, and the city of Key West.

“The World Health Organization has stated that chemicals, like sunscreens which the FDA lists as NOT safe for human use, pose a health risk to all living things that have endocrine receptors that regulate hormones. This includes corals and fish, and humans, especially pregnant women,” Rep. Ward said in a press release.

“This bipartisan bill improves the health of Hawai‘i’s residents and its over 10 million visitors a year, as well as all of our treasured marine life.”

This new bill is intended to address concerns about certain sunscreen ingredients on human health. Recent FDA studies have demonstrated potential negative health effects of a number of other ingredients that are still allowed in Hawai‘i.

“Hawai‘i made history in 2018 when we were the first in the world to take action to help protect our coral reefs by creating a law to ban the dangerous chemicals, oxybenzone and octinoxate, from sunscreens,” Sen. Gabbard added.

“With SB 2778/HB 2248, we’re taking the next step to protect human health by prohibiting other sunscreen chemicals that the FDA doesn’t consider to be safe.”

Under this legislation, only zinc oxide and titanium dioxide sunscreens would be allowed to be sold in Hawai‘i, as these are the only two ingredients that are recognized as “safe and effective” by the FDA.

Fourteen other ingredients would be banned. PABA and Trolamine were determined to be NOT safe for over-the-counter use.

According to the FDA, there was not enough data available to determine if the health risks of 12 other ingredients. These include homosalate, avobenzone, and octocrylene which are currently allowed to be sold in Hawai‘i.