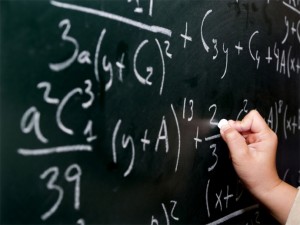 Hawai’i’s cost of living and the compression of salaries for experienced educators are the top challenges to recruiting and retaining public school teachers.

That’s according to a study from Augenblick, Palaich and Associates (APA) that the Hawai’i State Department of Education released on Tuesday.

APA also conducted a salary study in 2014 for HIDOE and the Hawaii State Teachers Association.

“The study confirms our working assumptions around the main root causes of our vacancies, and further justifies the need to take bold action,” Superintendent Dr. Christina Kishimoto said in a press release.

“Our Department cannot solve the cost of living issue alone, but we can and will advocate for our teachers to be compensated at a professional level that enables them to live and thrive in Hawai’i. As long as teachers are being paid below the poverty level, Hawaii will continue to see escalation in the teacher shortage crisis.”

According to the U.S. Department of Housing and Urban Development, individuals earning less than $67,500 per year, in the urban Honolulu area, qualify as low income.

The starting salary for teachers who completed a state approved teacher education program (SATEP) with 0-5 years of experience is $49,100, and it could take them over 10 years to earn more than the $67,000.

The study’s findings were based on stakeholder feedback that was collected through listening sessions attended by approximately 350 individuals, mostly teachers, as well as an online survey that received more than 2,000 responses. It also compared HIDOE with three sets of comparable districts.

Here are key findings from the study:

The department rolled out a multiphase initiative late last year to address the issue of teacher compensation.

Phase 1: On Jan. 7, a pay differential was implemented to increase compensation for classroom teachers in the areas with the most severe shortages — special education, Hawaiian language immersion programs and hard-to-staff geographic locations.

The effective date was scheduled around a crucial period when teachers have the option to transfer to a new position or school known as the Teacher Assignment and Transfer Program (TATP). This will allow the Department to evaluate the effectiveness of the first phase as early as spring 2020.

The current distribution of teachers on each step of the salary schedule is inconsistent and compressed, contributing to senior teachers leaving the profession; a point of concern raised in both the 2014 and 2019 salary studies.

“I believe the study results show that we are on the right track with our latest efforts,” said Cynthia Covell, assistant superintendent of the Office of Talent Management.

“We also know it is not just about compensation. The Department continues to enhance our support for educators through initiatives that include mentoring for beginning teachers, housing partnerships, and scholarships from teacher certification programs. The teacher shortage is a complex issue facing districts nationwide, and it will take innovation and perseverance to resolve this crisis.”