Former UFC Champion Jay Dee “BJ” Penn was injured in a single-vehicle accident last week in Hilo, prompting a traffic investigation into the cause.

Hawaiʻi Island Police say the traffic investigation involves an investigation to determine if Penn was operating a vehicle while under the influence of an intoxicant, consuming or possessing liquor while operating a motor vehicle and inattention to driving.

Police say they received several calls of a motor vehicle accident, with one caller reporting a “black truck speeding, losing control and flipped into the embankment fronting Prince Kuhio Plaza.”

Police found a black Toyota Tacoma truck registered to M S Petroleum, of a Puueo Street address in Hilo in the embankment area against two poles on the Prince Kuhio Plaza property, according to information released by police today.

A police investigation revealed there was a lone occupant and operator of the truck, and police later identified the driver as Jay Dee Penn of Hilo.  Penn was injured and taken to the hospital for immediate care, which police say “was paramount for his safety.”

When the investigation is completed it will be routed to the Office of the Prosecuting Attorney for screening and potential charges.

Penn is one of the most recognizable figures in the sport of mixed-martial arts, having won championships in both the UFC’s lightweight and welterweight divisions. Prior to his career in the UFC Penn was the first American gold-medalist at the World Jujitsu Championships. 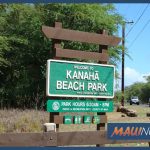 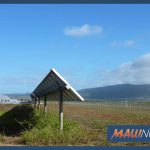