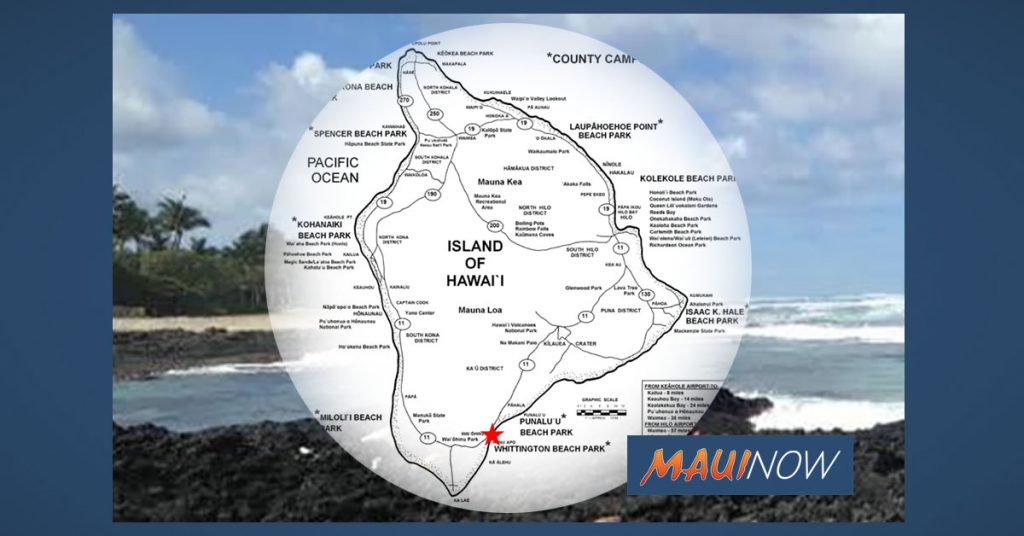 Hawaiʻi Island police have opened a Missing Persons investigation in connection with two overdue fishermen who were believed to have been swept into the ocean in Ka‘ū on Hawai‘i Island.

Authorities say the two men went fishing at 5 p.m. on Wednesday in street clothes at Whittington Beach Park on the southeast side of the island and were expected back before midnight.

At 5:34 a.m. Thursday morning (February 13), family members reported that 62-year-old James Oyama, and 37-year-old Jay Jara, both of Nā‘ālehu, failed to return home from a shoreline fishing trip near Honuʻapo Bay the prior evening. Jara is a family friend of the Oyamas.

Police and Hawaiʻi Fire Department personnel began a ground search, later locating the victims’ two trucks and their personal items on Mill Road at 6:35 a.m. that same morning. A fishing pole belonging to one of the men was set-up at the shoreline in an area exposed to high surf conditions, according to island police.

The fire department’s helicopter was assisted by a United States Coast Guard helicopter and C-130 aircraft with an aerial search.

Oyama is described as being 5-foot-9, 190 pounds, having a medium build with gray hair and brown eyes.

Jara is described as being 5-foot-7, 140 pounds, having a medium build with brown hair and brown eyes. He was last seen wearing blue denim jeans and a blue shirt.