Maui Students Among Nominees For US Service Academies 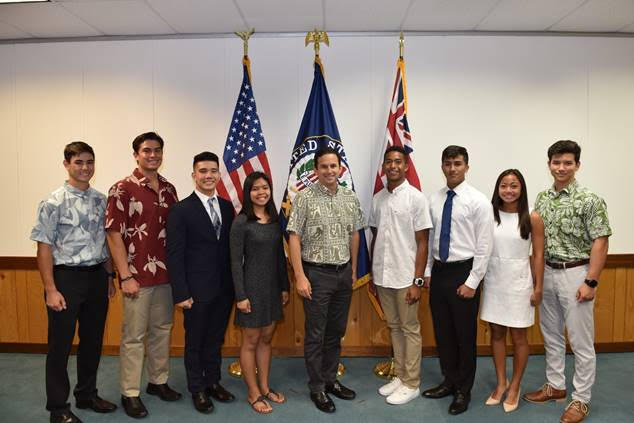 US Sen. Brian Schatz announced the names of 33 students nominated to attend one of our nation’s service academies on Thursday.

Kai Preseault of Seabury Hall, Jamahl Adams of Lānaʻi High School, and Michael Kalalau of Kamehameha Schools Maui were among the nominees named.

“The students who attend our country’s service academies represent the best the United States has to offer,” said Senator Schatz. “I look forward to seeing these young men and women grow into the next generation of military leaders.”

Applicants were considered based on their ability to successfully meet the rigorous demands for the undergraduate education and training of officers of the United States Armed Forces, as well as their demonstrated leadership skills through athletics and other organizations, and an overall commitment to the military, the community, and our country. Nominees will now be considered for appointment by the U.S. Service Academies.