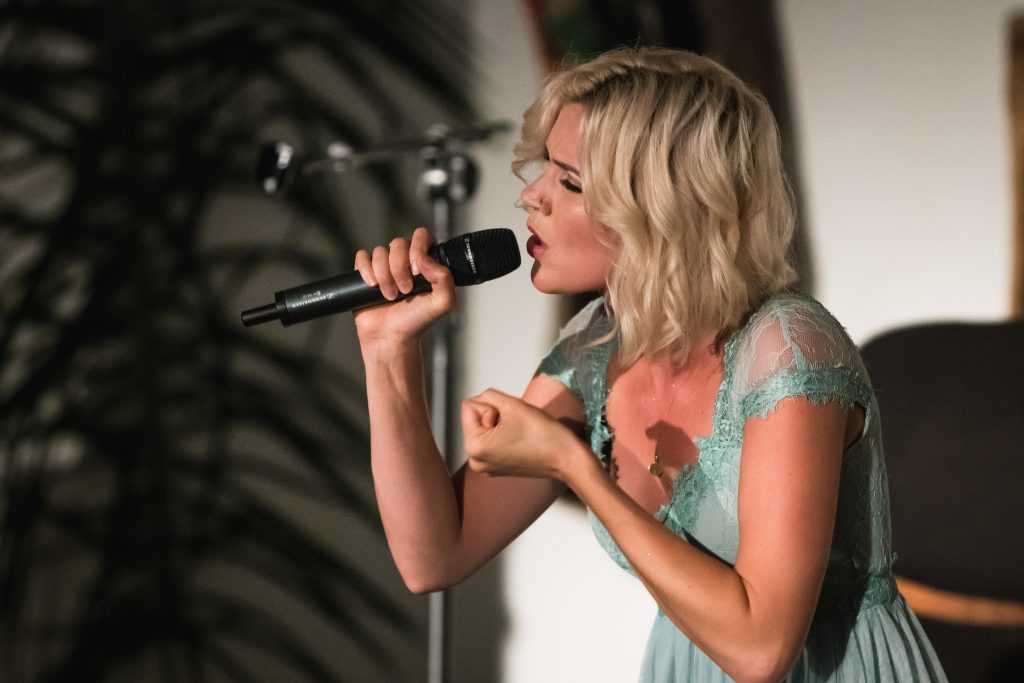 Maui Arts & Cultural Center presents the Maui debut of multi-nominated and Grammy winning singer, songwriter, and actress Joss Stone. She will be in concert with her band in the MACC’s Castle Theater Saturday, June 27 at 7:30 p.m.

Born in Devon in the U.K., Joss Stone began pursuing a singing career at the age of 13, secured a record deal at 15, and armed with a powerful voice and a vintage, soul-based sound, recorded her star-making critically-acclaimed and multi-platinum debut album, The Soul Sessions, released in 2003 when she was just 16.

She grew up listening to a wide variety of music including 1960s and 1970s American R&B and soul music performed by such artists as Dusty Springfield and especially, Aretha Franklin and her Greatest Hits album.

Stone’s follow-up album, the similarly multi-platinum Mind Body & Soul, topped the charts and spawned the top ten hit “You Had Me.”  Stone’s third album, Introducing Joss Stone, achieved gold record status and yielded the second-ever highest debut for a British female solo artist on the Billboard 200, and became Stone’s first top five album in the US.

Her most recent album, Water for Your Soul, was the number one reggae album on release and voted best reggae album by Billboard. The album is rooted in reggae but also includes hip-hop, R&B, and pop influences, clearly demonstrating how the teen soul prodigy blossomed into an artist of style and substance.

Stone has kept the company of musical royalty from the outset, performing alongside many legendary artists such as James Brown, Herbie Hancock, Stevie Wonder, Gladys Knight, Sting, Van Morrison and Melissa Etheridge among many others. She has collaborated with and contributed to albums for many of the world’s finest musicians, including Jeff Beck, Sting, Mick Jagger and Damien Marley.

Stone has earned numerous accolades, including two Brit Awards and one Grammy. She made her film acting debut in the fantasy adventure film Eragon, and made her television debut portraying Anne of Cleves in the Showtime series The Tudors.

This concert will take place only on Maui and only at the MACC, according to a Maui Arts & Cultural Center announcement.