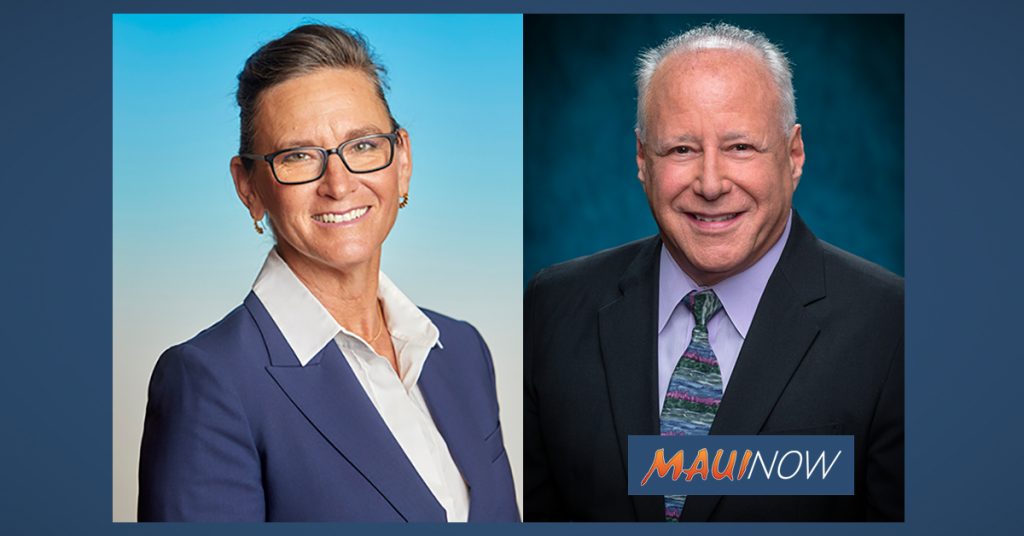 Representative Tina Wildberger of Maui and Senator Russell Ruderman pledge to donate $4,000 of their salary to charity until lawmakers raise the minimum wage to at least $15.

Under the proposals in House Bill 2541, minimum wage workers would receive incremental annual raises until they reach $13 in 2024. However, the Department of Business Economic Development and Tourism notes that the “self-sufficiency income” for a single worker with no children was more than $15/hr in 2016, which works out to about $17/hr when adjusted for inflation in 2019, and will likely be even higher in 2024.

The lawmakers believe that at least $17 is what is needed now, but $15/hr would be acceptable if there is a clear path, with periodic cost of living increases built in, to a $17 true living wage in short order.

The difference between $13/hr and $15/hr works out to about $4,000 annually, which backers say “would go a long way toward basic necessities.”

Until the Legislature can pass a bill that raises the minimum wage to at least $15, Representative Wildberger and Senator Ruderman have pledged to donate $4,000 annually as long as they receive a State salary, starting next January when all legislators are scheduled to receive a raise. Their contribution efforts will use a 501(c)(3) nonprofit as a conduit for paying off school lunch debt for students in their districts.

“My small business has been paying all my employees a minimum wage of $15 since October 2015. It means less money goes to my retirement, but it’s the right thing to do so my employees don’t have to work two or three jobs just to get by,” said Rep. Wildberger. “My heart breaks for the families who can’t afford to pay for their kids’ school lunches because the legislature hasn’t found a path to raise the minimum wage to keep up with the cost of living.”

As business owners in Hawaiʻi, Ruderman and Wildberger say they “understand firsthand the market pressures that can make or break a business.” As legislators, they say they “also understand the importance of paying their employees a living wage, so that the State is not burdened with the hidden costs of subsidizing employees’ healthcare, food, and other costs of living.”

“A $15/hour minimum wage places most of the burden on the private sector where it belongs, instead
of continuing to burden our State coffers with public assistance and the costs of homelessness,” said
Sen. Ruderman. “We have exactly one tool in our toolbox to dramatically reduce poverty in
our state: a major increase in the minimum wage. This will do more to address homelessness than all
the multi-million-dollar proposals we are considering.”

Some opposition testimony contended that the minimum wage was never meant to be a living wage, and that minimum wage workers are usually just teenagers looking for some extra pocket money.

However, Ruderman and Wildberger note that when Franklin D. Roosevelt first instituted the federal minimum wage in 1933, he said “no business which depends for existence on paying less than living wages to its workers has any right to continue in this country… and by living wages I mean more than a bare subsistence level—I mean the wages of decent living.”

Senator Ruderman agrees. “Some say small business cannot afford this. I say we cannot afford not to do this, as the wealth inequality in our state is already unsustainable. There are costs to constant turnover, for employees who cannot afford their lives, and having people sleeping in doorways. I have over 250 employees. This increase will cost me money which I will happily pay in exchange for a better society.”

Ruderman and Wildberger say there are many solutions that the legislature could employ to make the minimum wage more palatable for businesses, including:

“We are the bluest state in the nation and we’re supposed to be on the side of workers. We have a much higher cost-of-living than other states that have already enacted $15 an hour. There is no good excuse for our inaction,” said Senator Ruderman.