A Maui man was sentenced to six years and three months in prison for illegal possession of firearms.

Thirty-eight-year-old Ikaika Reinhardt was sentenced in federal court on Thursday for the receipt of firearms while under indictment, and possession of firearms in furtherance of a drug trafficking crime. In addition to the prison term, Reinhardt must also serve five years of supervised release.

The charges stem from a March 7, 2019 incident in which the man traded methamphetamine for two stolen firearms while he was under indictment for state felonies, according to the Department of Justice.

In addition, the US Attorney’s office says Reinhardt illegally possessed two other firearms, one of which was semi-automatic that had a large capacity magazine loaded with ammunition.

The case was investigated by the Maui Police Department and the Bureau of Alcohol, Tobacco, Firearms and Explosives; and was prosecuted by Assistant US Attorney Darren W.K. Ching.

This prosecution is part of Project Safe Neighborhoods, a program that aims to bring together all levels of law enforcement and the communities they serve to reduce violent crime and make neighborhoods safer. The case is also part of Project Guardian, the Department of Justice’s signature initiative to reduce gun violence and enforce federal firearms laws. 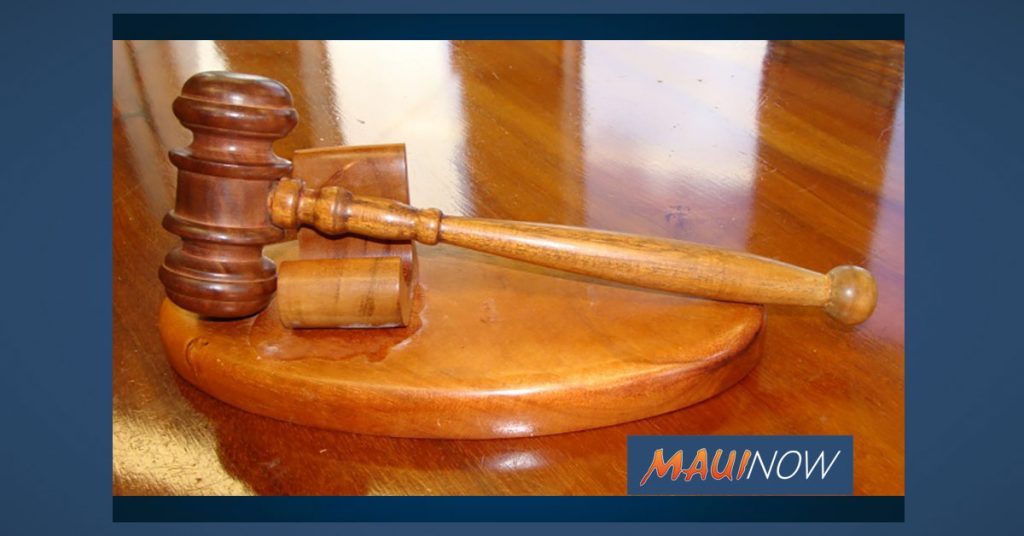