Henry Lindo Jr. and Kristopher Sakamoto have been promoted to the rank of Battalion Chief, the Maui Fire Department announced today. 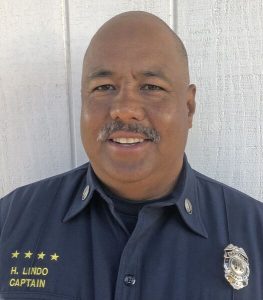 Henry “Hanale” Lindo Jr. joined the department in 1994. During his career, he was stationed in Pāʻia and Kahului as a Fire Fighter I. After his promotion to Fire Fighter III in 2005, he served in the Fire Prevention Bureau as a Public Education Officer and a Fire Inspector on both Maui and Molokaʻi. In 2009, Lindo was promoted to Fire Captain, working first in Kaunakakai, then in Hoolehua. Lindo is a member of the Maui Incident Management Team, the Critical Incident Stress Management Team and the Molokaʻi Fire Task Force. He is a 1990 graduate of Kamehameha Schools. 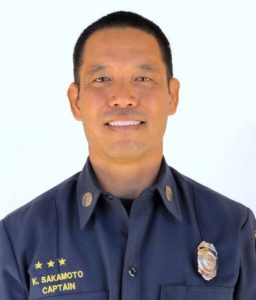 Kristopher Sakamoto joined the Maui Fire Department in 2001. He was stationed in Hāna and Kahului as a Fire Fighter I. Sakamoto was promoted to Fire Fighter II on Rescue 10 in 2007. In 2008, he was promoted to Fire Fighter III, and was stationed in Kahului, working on the Tanker, as well as Engine and Rescue companies. Promoted to Fire Captain in 2013, Sakamoto served initially as the Training Captain, before moving to Engine Company Captain in Wailuku and Kahului. His most recent assignment was as the Captain of the department’s Kahului based Hazmat company. Sakamoto serves as the Program Director for MFD’s Boat Operations and is an Instructor for Confined Space Rescue. He is a 1994 graduate of Maui High School and a 1998 graduate of UH Maui College.

The promotions went into effect on March 1.