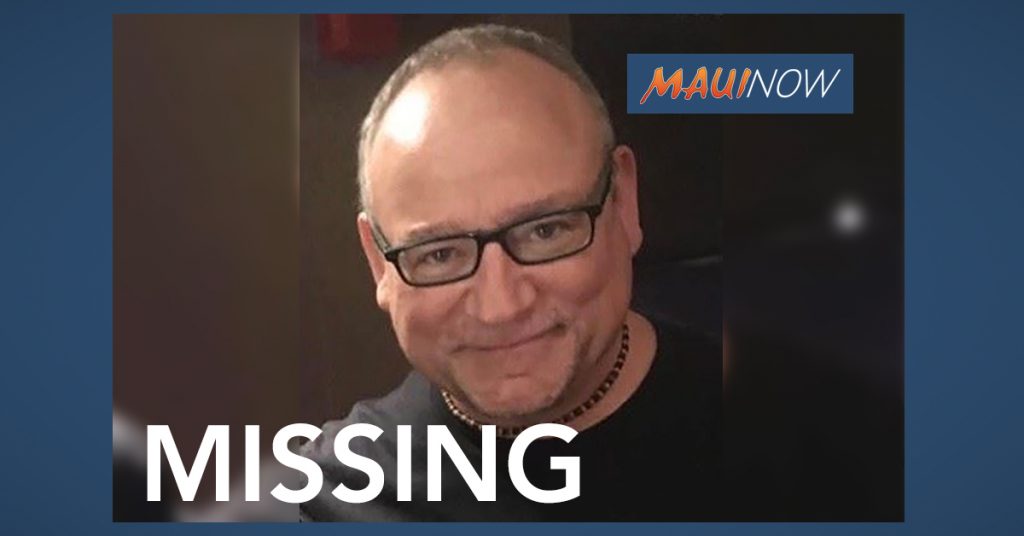 Police are requesting the public’s assistance in locating missing person, 51-year-old Wade Marwood, who failed to return home to Canada.

Marwood was last seen at a hotel in Kīhei on March 15, 2020 at about 11 p.m. Police say Marwood left a note indicating he was going for a walk, taking only his cell phone and wallet. He failed to return and failed to catch his departing flight to Canada on March 16, 2020 at 10:15 p.m.

Marwood is described as 5’6” tall, weighing 190 pounds, with balding brown hair and blue eyes. He was last seen wearing a green t-shirt, brown shorts and rubber slippers. Marwood does not have a vehicle and is likely on foot. He wears glasses as seen in the photograph attached, however, he has lost his glasses in the past.