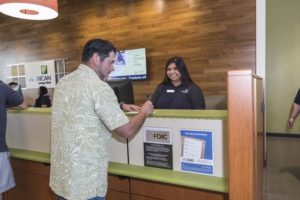 The Hawaii Bankers Association (HBA) is encouraging small businesses (including solo proprietors) that have been affected by the COVID-19 pandemic to contact their bank to learn about how they can benefit from the Payment Protection Program or PPP.

According to HBA, under the federal, nationwide program, no state is allocated a portion of the loan amounts to be provided to small businesses.

“It is a ʻfirst come, first servedʻ process, so reaching out to your banker now is very important,” a press release from the HBA read.

The program is administered by the US Treasury and the Small Business Administration and uses SBA-approved lenders.

“The law establishing this program was enacted on March 27, 2020, so there are still many unknowns. Hawaii banks, like other banks across the nation, just received interim final guidance from the federal government on how the loan program will be implemented,” the press release added.

The short time period, limited funding and expected volume of loans have complicated the implementation of the loan program.

It is expected that the nationwide volume of loan applications has the potential to overwhelm the technological capacity of the federal government, so applicants should expect some delays.