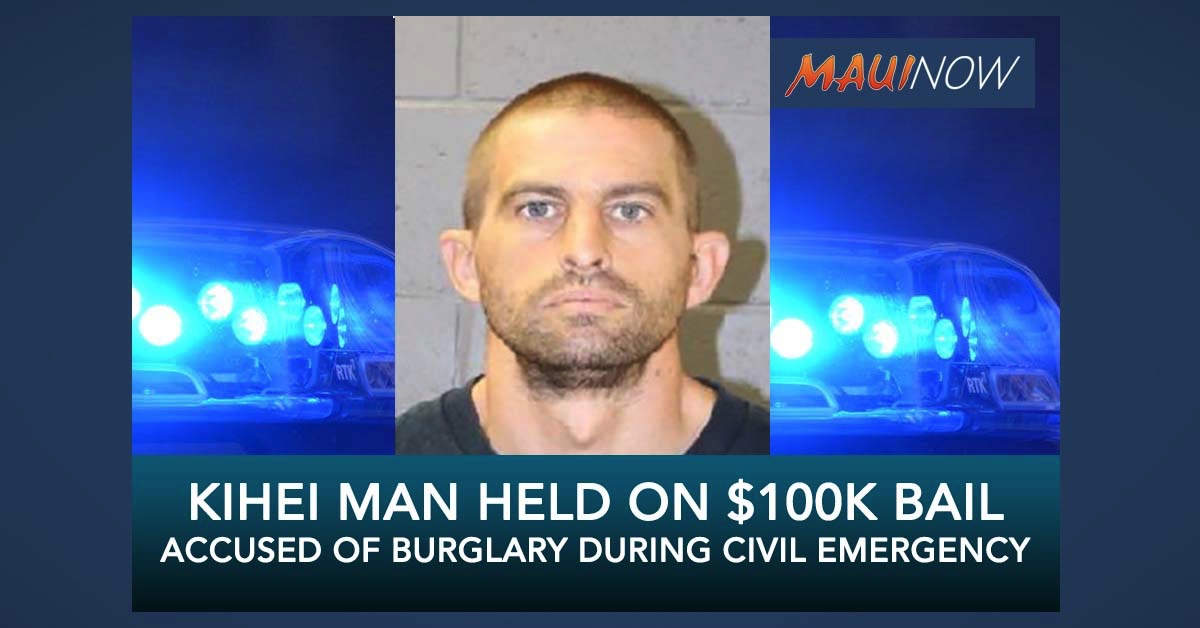 Wailuku Patrol informed the Crime Reduction Officers that a male identified only “Chase” was involved with the break-in.  Upon further investigation police say the male suspect was later identified as Chase Mociun, 37, of Kīhei.

Crime Reduction Officers executed State of Hawaiʻi Search Warrants at approximately 10 a.m. on April 7, 2020.  As a result of the searches, police say four pieces of the reported stolen jewelry valued at $14,240, was recovered.

Further investigation revealed that some of the stolen jewelry was taken to Central Maui Gold and Loan Pawnshop, according to police.

“Maui Police Department is committed to ensure the safety of our community and is actively enforcing the laws.  Those who take advantage during this unprecedented time of Covid-19, will be charged accordingly,” police said in a press release this afternoon.

Over a seven day period police report that they issued 143 COVID-19 related enforcement citations and carried out six arrests earlier in the week.