A homegrown effort to get food into the hands of homeless individuals on Maui is gaining momentum, with an estimated 2,900 meals delivered to Pāʻia, Lahaina, Kahului, Wailuku and Kīhei over the course of 20 days.

Steven Calkins and his friend Brad Kukral made 15 meals on the first night of their operation out of food from home, and drove around Lahaina looking for unsheltered homeless who were hungry. As the program grew, the two used donations to buy supplies and food from Costco.

Today, the Hungry Homeless Heroes Hawaiʻi program is pumping out 250 to 300 meals a day, is operating out of a commercial kitchen in Kīhei, and is utilizing the help of about 30 volunteers to cook, garden and deliver meals directly into the hands of those in need.

The impetus of the project was when Kukral witnessed a homeless man get in trouble while trying to get food at an area grocery store.  “He was hungry and just wanted to eat, and was begging for help,” said Calkins of his friend’s encounter.  “So the next day we decided to cook meals and went around Lahiana … and the operation literally increased overnight.”

“We always knew there was a big homeless community,” said Calkins, noting that the pandemic has impacted the unsheltered community in its own unique way in terms of limited restroom facilities, the inability to comply with stay-at-home orders, and difficulties in obtaining food.

Through a Facebook network on Maui, the two friends were able to collect donations and supplies, and within a week they were cooking about 100 meals a day for the Lahaina community.

As the program grew, so too did the area of response with about 50 meals each now going to Kīhei and Pāʻia; 100 meals being distributed in the Wailuku/Kahului area; and the remaining meals going to Lahaina.

Over the past three weeks, donations have also rolled in from a variety of area business including 185 bento box meals on Friday from the Grand Wailea and 120 chili and rice plates from an anonymous island restaurant on Saturday.

Recent kitchen cooked meals also featured cheese and veggie frittatas with Portuguese chorizo fried rice, salad, bread and a cookie.   Earlier in the week, another island business donated “Bolognese Sauce all pepped/cooked and ready to serve.”  That meal was paired with elbow noodles, a green salad, bread and a banana bread muffin.

On Monday the friends and volunteers began prepping meals using a commercial kitchen donated for use by Blue Moon Cafe in Kīhei.

According to Calkins, a number of community organizations also reached out and worked with the newly formed group to provide information on clusters where deliveries would help .  This networking includes groups like Maui Rapid Response, Maui Mission Control and Chili on Wheels that provide food, water, first aid and hygiene supplies during the day.

Calkins said the Hungry Homeless Heroes Hawaiʻi program aims to get all food out of the cafe by 3:30 to 4 p.m. so volunteers can deliver during daylight before sunset, and help fulfill needs for the homeless as the day winds down.

In addition to work in the kitchen, Calkins has also been getting help form the Nāpili Community Garden, where a small pot of land is being used to grow produce for the project.  “We’re hoping that in a couple of months we can become more self-sustained through our own work,” said Calkins.

The operation has been mindful of sustainability in the process and has been using compostable containers with chopsticks instead of plastic utensils.  “The biggest hurdle is trying to get them fresh water without using plastic water bottles,” said Calkins.  “We’ve only been giving plastic water bottles to those that really, really need it, and trying to get aluminum or tin bottles donated so we can just drive around with a five gallon jug and refill as needed.”

While the first few nights was paid for out of pocket, Calkins said, “We were amazed at how fast it caught traction in the community.” Now, he said, the main out-of-pocket expense is on gas.  “Other than that, ever since we moved into the cafe, we’re getting produce, onions, potatoes… We can’t take credit for it.  It’s definitely a community effort.  We’re the first ones to admit that.  Everyone has been chipping,” said Calkins.

The name Hungry Homeless Heroes Hawaiʻi is the official name of the program.  “We are not referring to us.  We want to make it clear,” said Calkins.  “The heroes at the end of this story are the homeless who will help each other rehabilitate and get back into a working environment.  That is our main objective.  This is just phase one,” said Calkins who hopes to eventually start integrating those receiving meals into the solution.

In an ideal world, Calkins said, the program would operate like a soup kitchen, run by the homeless community in which meals would be offered to those in need; while the kitchen environment would provide a starting point for individuals who need references to get back into the working world.

“They beg me to help out in this process. They want to go back to work and feel that self-worth that they belong to something and are doing something good,” said Calkins.  “We really perceive them as the super hero.” 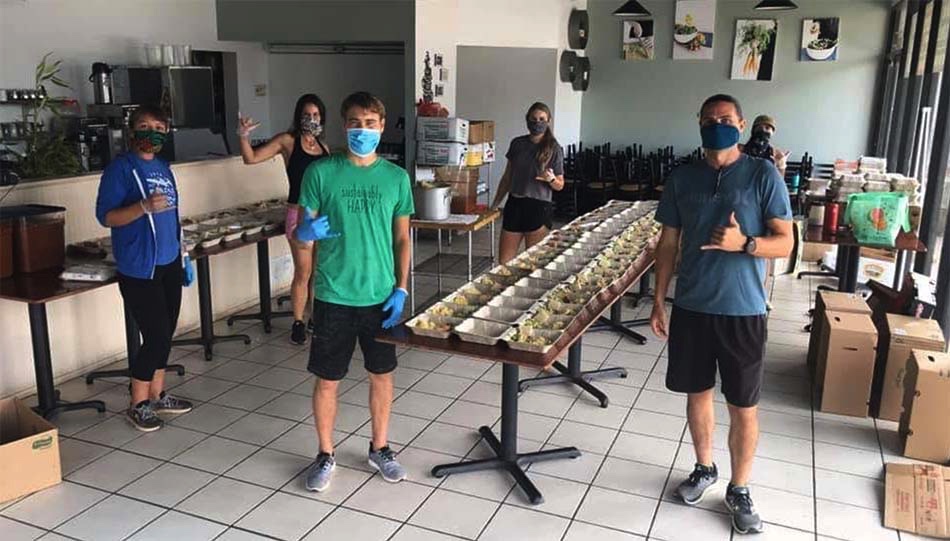 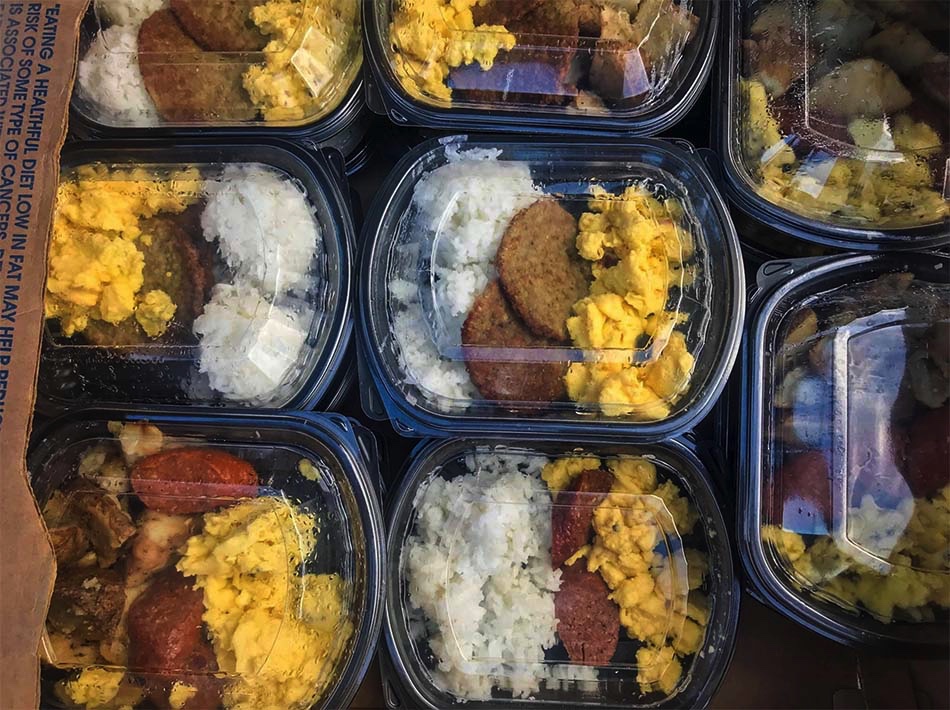 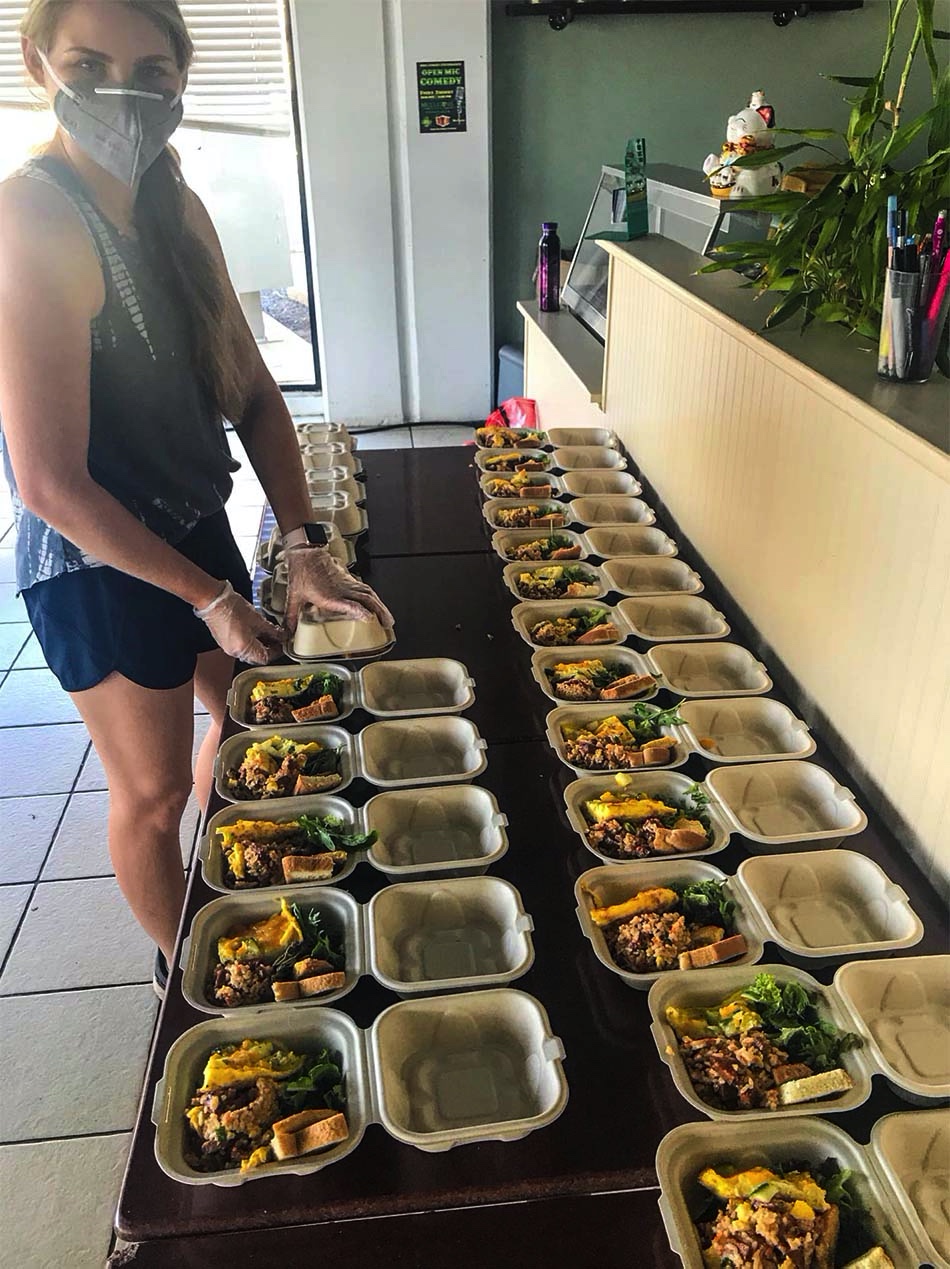 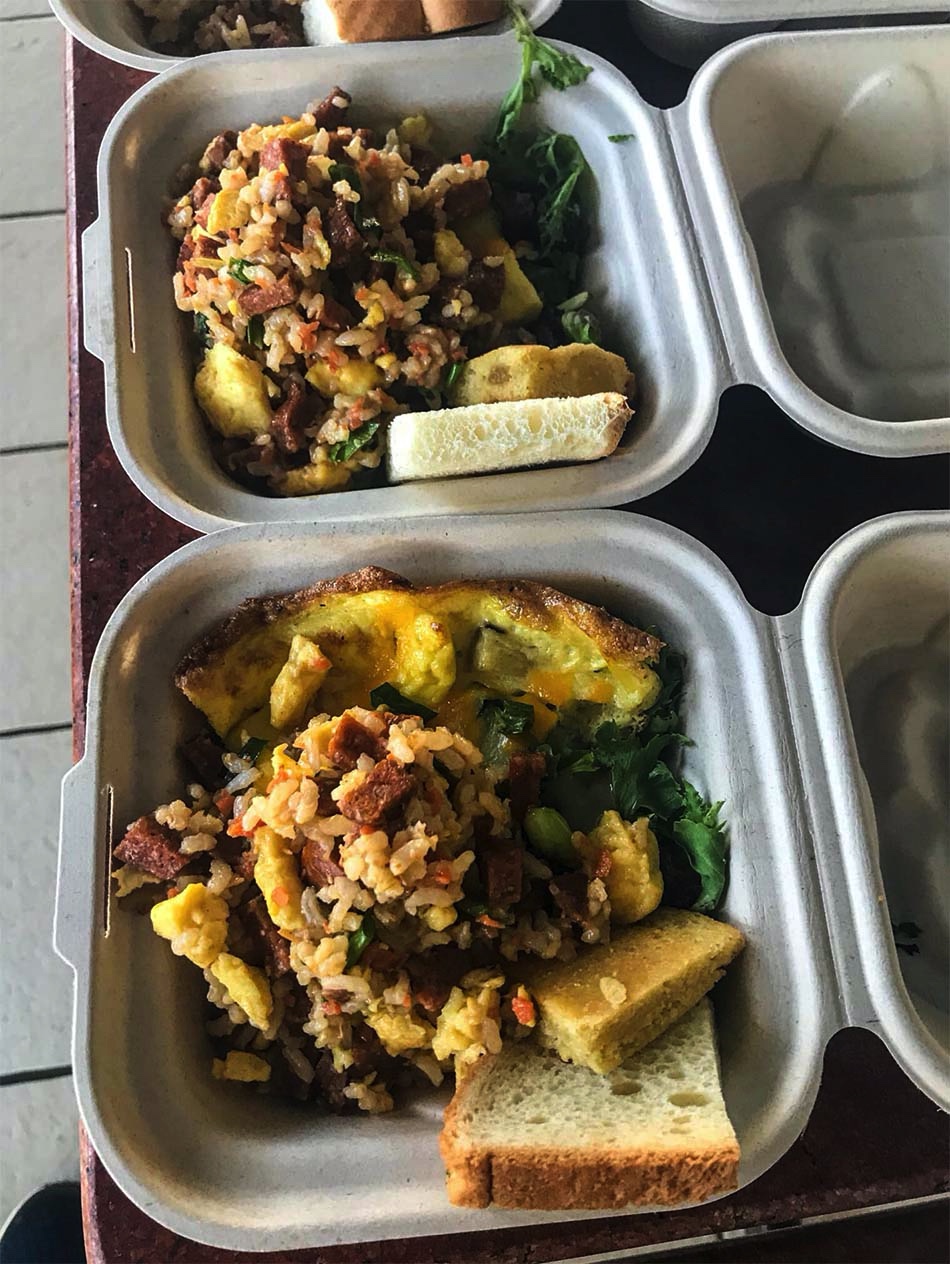 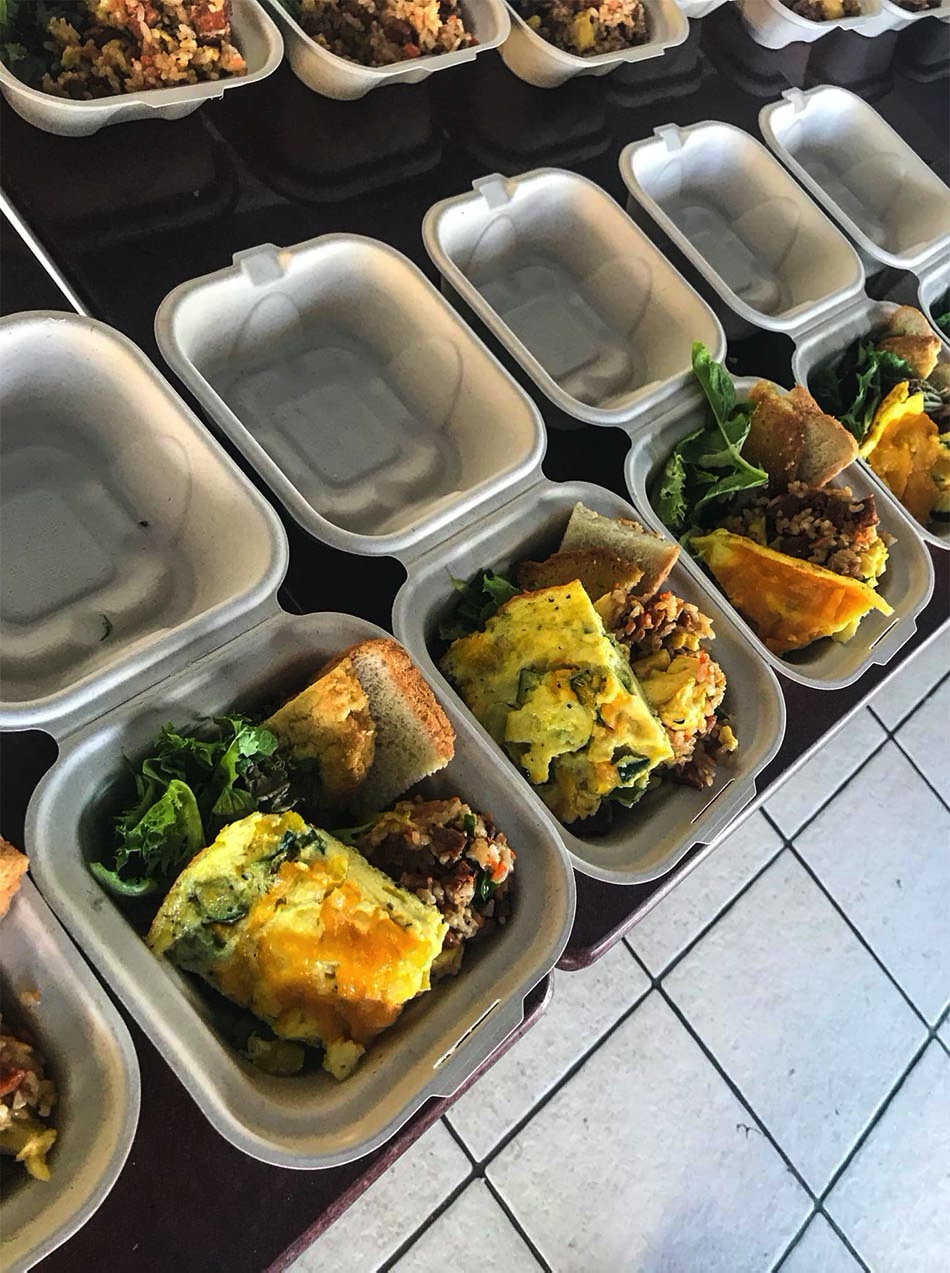 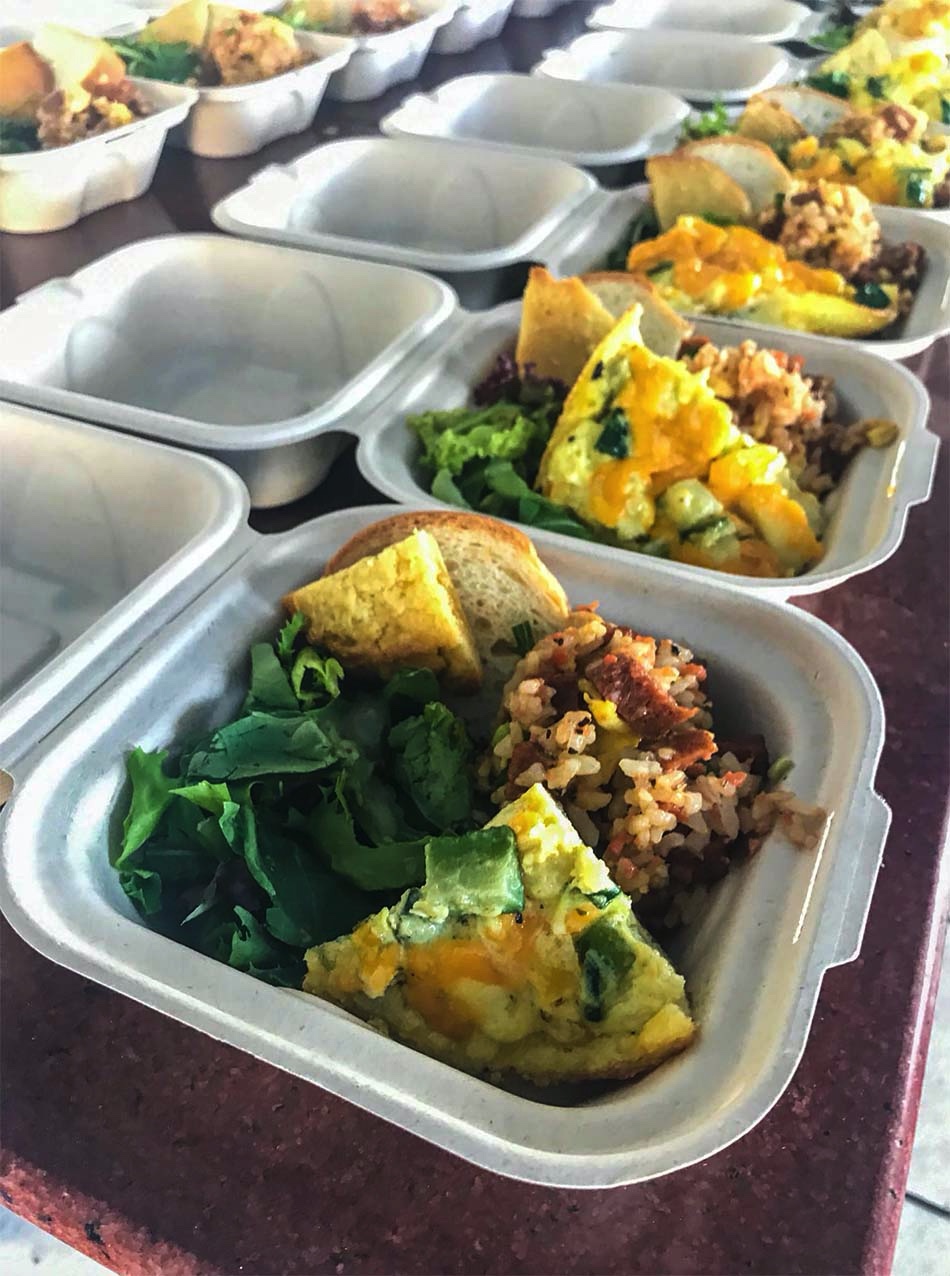 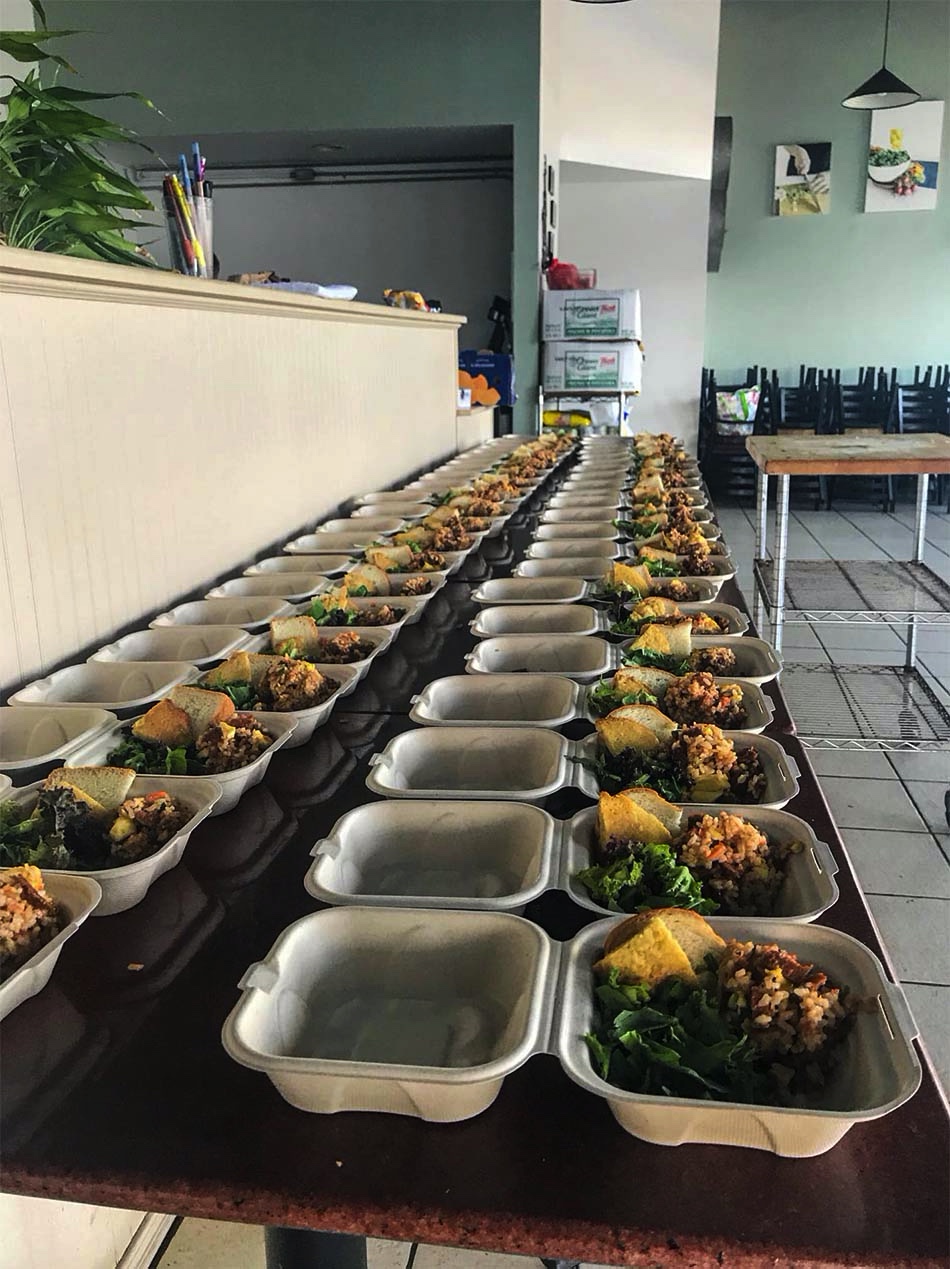 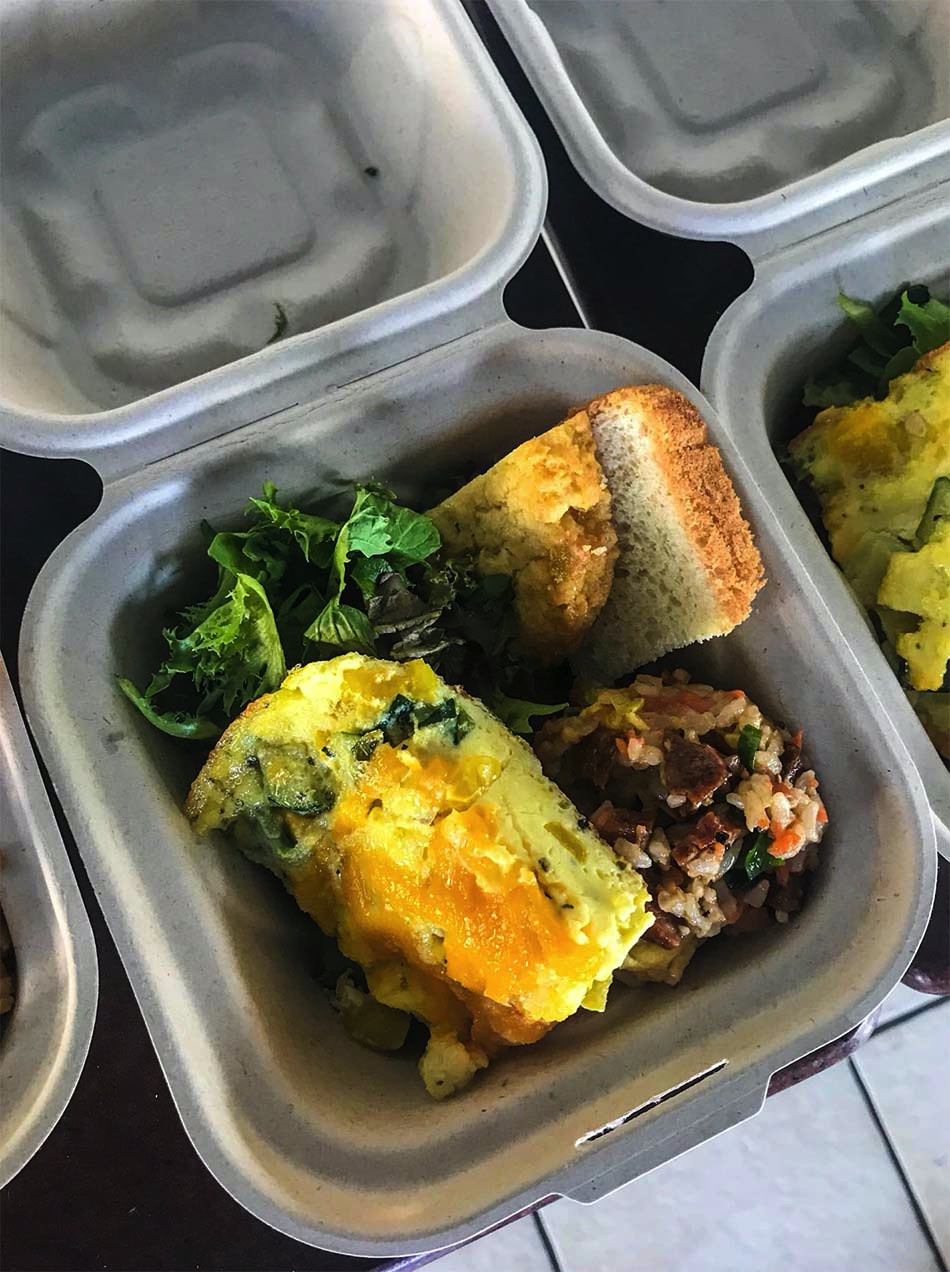 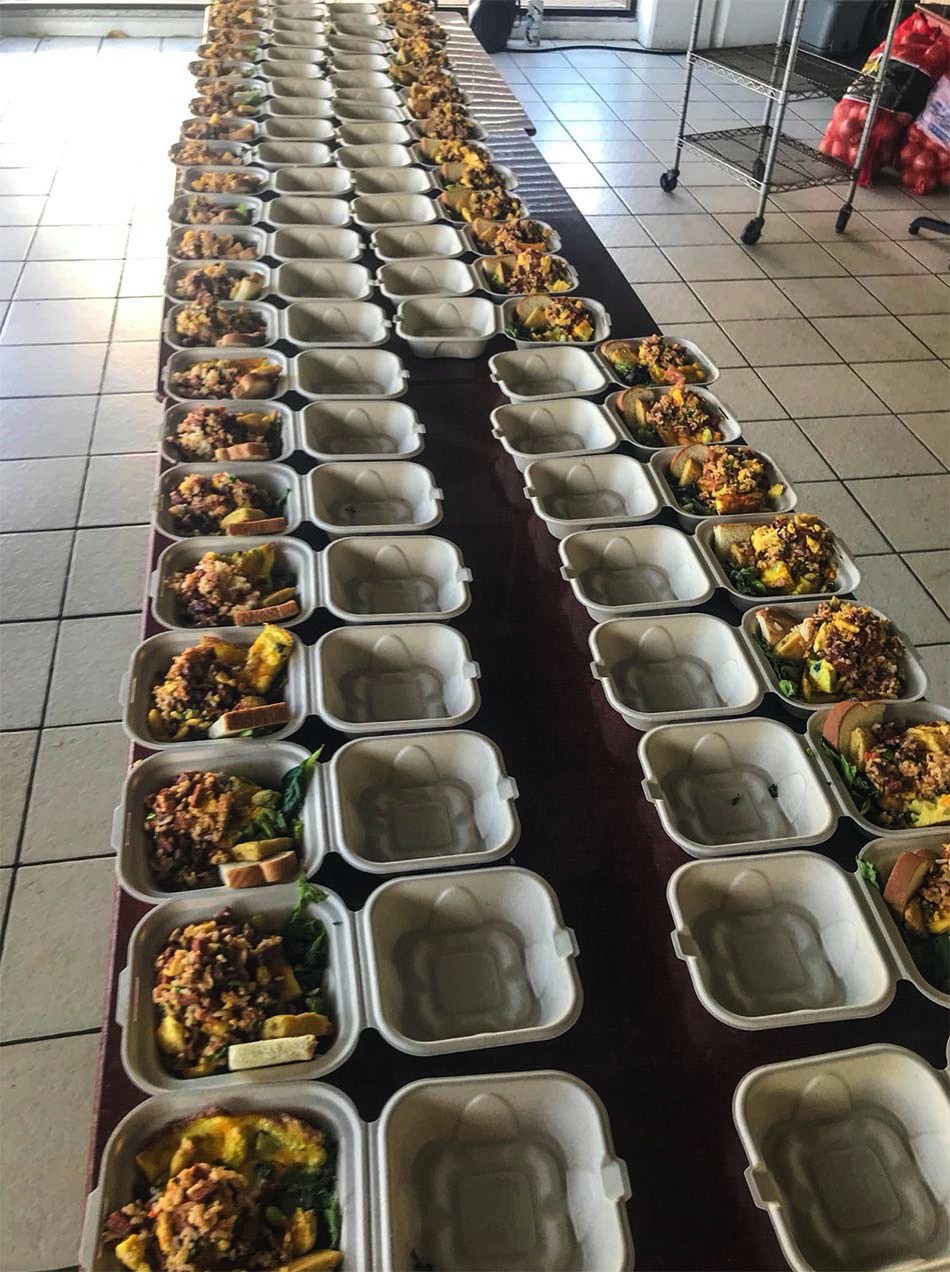 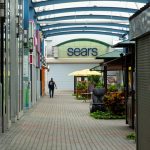 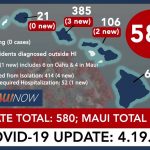