Israel Kamakawiwoʻole, also known as “Bruddah Iz” or “IZ” is featured on today’s Google Doodle, the “fun, surprising, and sometimes spontaneous” designs for the search engine logo that celebrate “holidays, anniversaries and the lives of famous artists, pioneers and scientists.”

According to the Google Doodle description, Kamakawiwoʻole was selected in honor of Asian Pacific American Heritage Month in the US and in celebration of his 61st birthday.

The summary describes Kamakawiwoʻole as a “native Hawaiian ʻukulele player, singer-songwriter, and activist” and notes that the entertainer was “perhaps best known for touching the world with his beloved rendition of ‘Over the Rainbow,’ which serves as the soundtrack of the video Doodle.

Kamakawiwoʻole was born in 1959 in Honolulu, but reportedly traces his roots to the island of Niʻihau.  Before launching his solo career in 1993, he performed with is brother as part of the successful group The Makaha Sons of Niʻihau.

Kamakawiwoʻole died in 1997, but his voice can be heard around the world to this today.

More on this Google Doodle and Kamakawiwoʻole’s legacy can be found here. 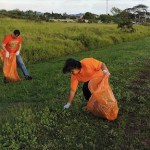 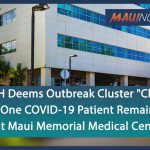