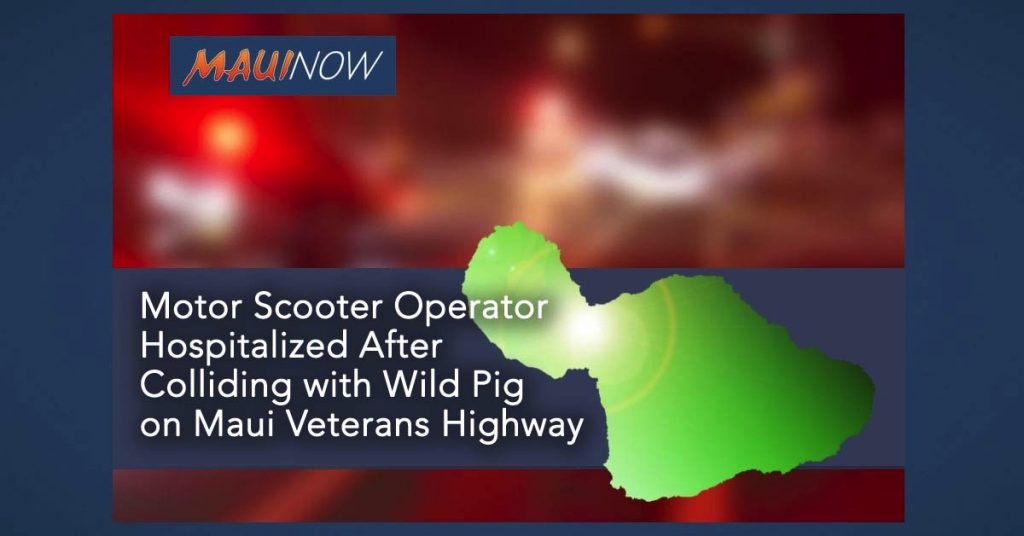 A 37-year-old Kahului man suffered life-threatening injuries when he collided into a wild pig in the roadway and was ejected from his motor scooter on the Maui Veterans “Mokulele” Highway (311) on Saturday night.

The incident was reported at around 7:41 p.m. on Saturday, May 23, about 0.3 miles north of the Central Maui Base Yard.

Police say a preliminary investigation reveals the man was operating a 2013 Kymco motor scooter and was traveling north on the highway headed towards Kahului when the incident occurred.

Police say the operator did not observe the pig in the road and lost control of the motor scooter after striking the animal.  The man was not wearing a helmet and was transported to the Maui Memorial Medical Center for injuries sustained in the crash.

Police say the involvement of speed, drugs, and alcohol has not been determined as the investigation is still pending.

The Maui Veterans Hwy (Mokulele Hwy 311) is partially closed at Mile 2 due to a moped accident. The highway is temporarily closed to north-bound traffic. One south bound lane is also closed until further notice. 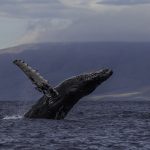 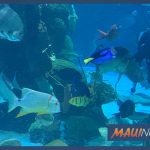