Maui Obituary Notices: Week of May 24 In lieu of flowers, monetary donations may be made to Jesus Is Alive Church, 3700 Haleakala Highway, Pukalani, HI 96768.

Elizabeth Loraine Laub, 82, of Kamuela, died May 14, 2020, in Kamuela. She was born April 4, 1938, in Tucson, Arizona. Elizabeth lived a full life as a mother, wife, friend, and enjoyed a career in public relations.

Services will be private. Robert Nohoikaiu Thomas III, 58, of Halawa, North Kahala, passed on Friday, May 15, 2020. He was born on February 6, 1962 in Kona. He worked at the Brantley Center, with the community Rehabilitation Program.

Services to be announced at a later date.

Celebration of Life: TBA (due to COVID-19)

Tereza Ayonayon was born in Honoka’a, Hawaii, to Antonio & Maria (Correa) Tello.
Tereza was the youngest of (3) brothers (deceased) Alfred, Jackie & Jesus Tello.
Tereza worked in various positions starting with working in a restaurant on Oahu. She moved to Lanai and worked as a field labor with Dole Company and then later to Castle & Cooke. She also use to do private laundering between working in the pineapple fields. Tereza last employment was at the Manele Bay Hotel where she worked in the landscaping department and cared for the rose bushes that use to flourish the driveway to the Manele Bay Hotel and the Conference Center. If you worked at the hotel you would remember seeing her with a beautiful smile caring for the roses!

Tereza retired from the landscaping and enjoyed her time caring for her plants at home, traveling, camping, fishing, sewing, crocheting and she also babysat her great-grandkids so their parents were able to finish school and go to work. She loved cooking and baking as well. Tereza made it a point to share her knowledge with anyone that wanted to learn. She loved having conversation with whomever she met. She would share her stories and advise to all her family and friends. She enjoyed making new friends and she kept the old ones close to her heart. She loved her family, but more importantly she loved her (25) grandchildren and (72) great-grandchildren the most! Tereza was also blessed with (2) great-great grandsons and numerous nephews, nieces and god-children. Rest in Peace & Love, Mom, Mama, Grandma, Aunty Ninang & Friend.

Rex Eugenio Corpuz, 28 of Kahului, Maui, had peacefully passed away on Sunday, May 17, 2020. He was born in Fortuna, Marcos Philippines on June 30th, 1991 to Arnold Teodoro Corpuz & Fe Garcia Eugenio.

Rex is full of heart that puts everyone else before himself, who shows a lot of interest outdoors. He loves to watch drag racing, body surfing and fishing with friends . When he’s at home. You’ll mostly find him in the kitchen. Cooking and serving everyone’s favorite dishes.

Although he is no longer here, he will continue to live in the hearts of his parents, Arnold & Fe Corpuz; With the siblings Helen, Arnold JR, Gladys and Daryl; along with his nephews and Niece Dhaillan Jaimeer, Heleina Fielle and Jayce Bryant; Numerous Aunts, Uncles, Extended Family members and Friends.

Private Services will be held at Norman’s Mortuary with burial to follow at Valley Isle Memorial Park Cemetery in Haiku. The use of face masks and social distancing are mandatory.

He is survived by spouse Elizabeth Miller; and brother David (Diane) Bell of Indian River, Florida. 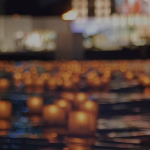 Shinnyo Lantern Floating to be Livestreamed