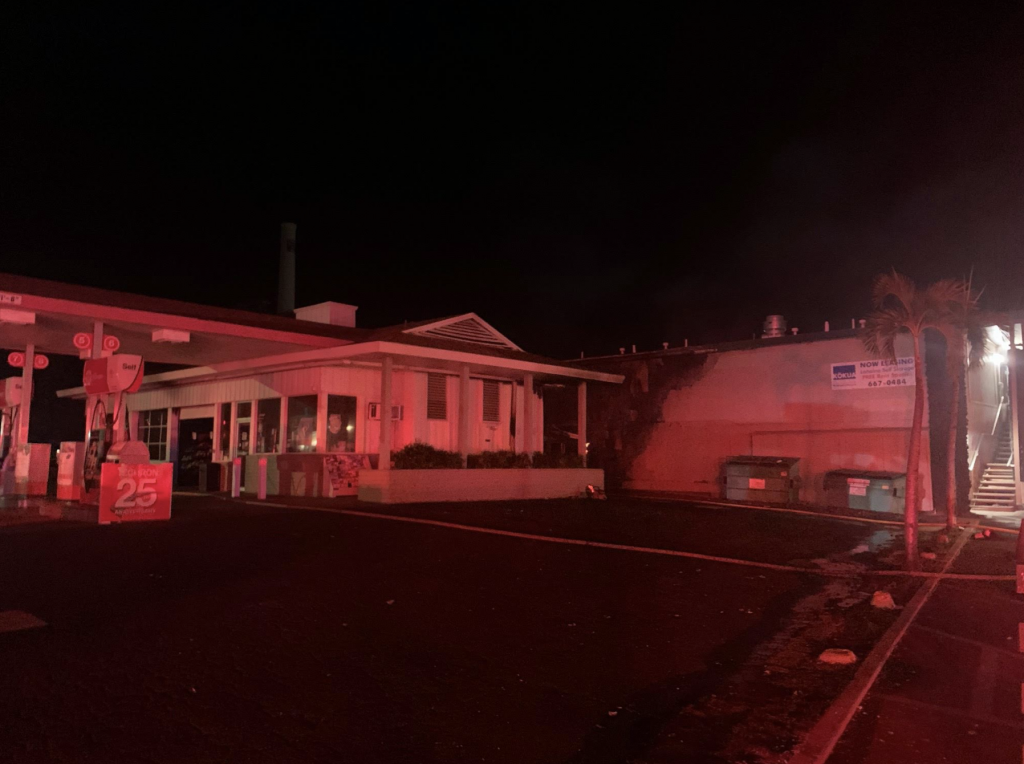 A fire at the Texaco service station on Papalaua Street in West Maui early Sunday morning caused an estimated $250,000 in damage.

Maui Fire Services Chief Rylan Yatsushiro said the fire appeared to have started near the storage container/shed to the rear of the station, which was heavily involved upon arrival.

Crews managed to prevent the fire from spreading to the adjacent two-story storage building.  Fire officials say crews made entry through the front of the service  station to extinguish the fire, which had spread from the exterior.

No one was injured or displaced by the fire, as both structures were commercial space.

The fire forced road closures and detours while crews battled the blaze.  Maui police rerouted traffic onto Front Street for the duration.   A portion of the Honoapiʻilani Highway was closed beginning at 1 a.m.; and all roads were reopened at 5:23 a.m. 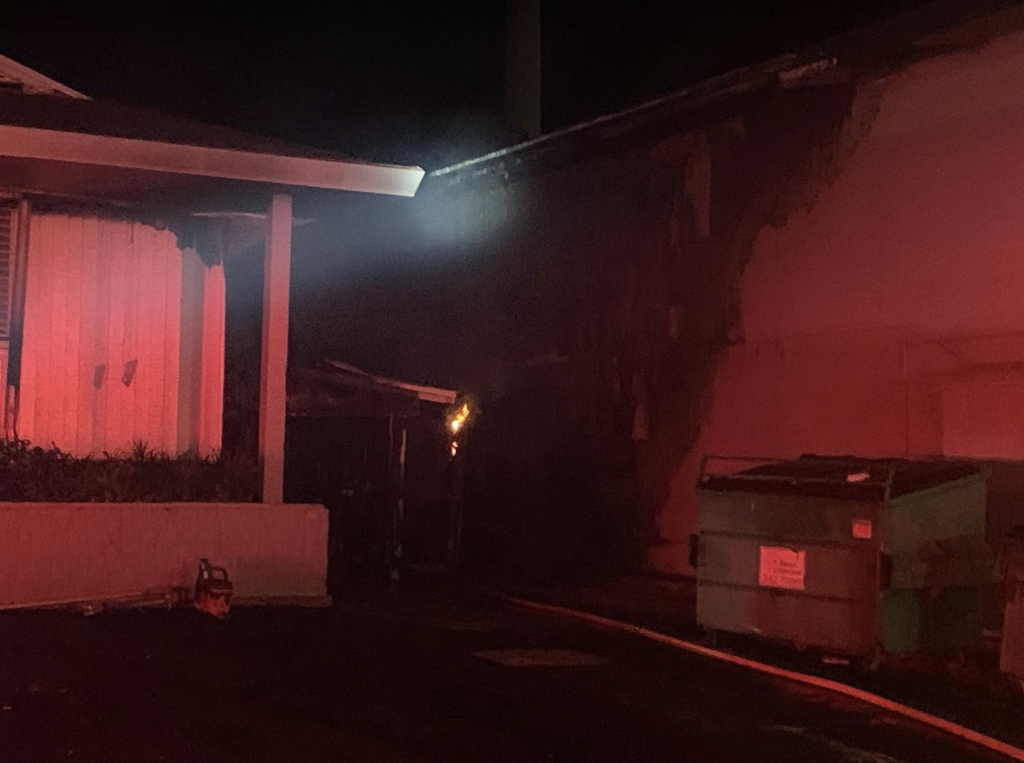