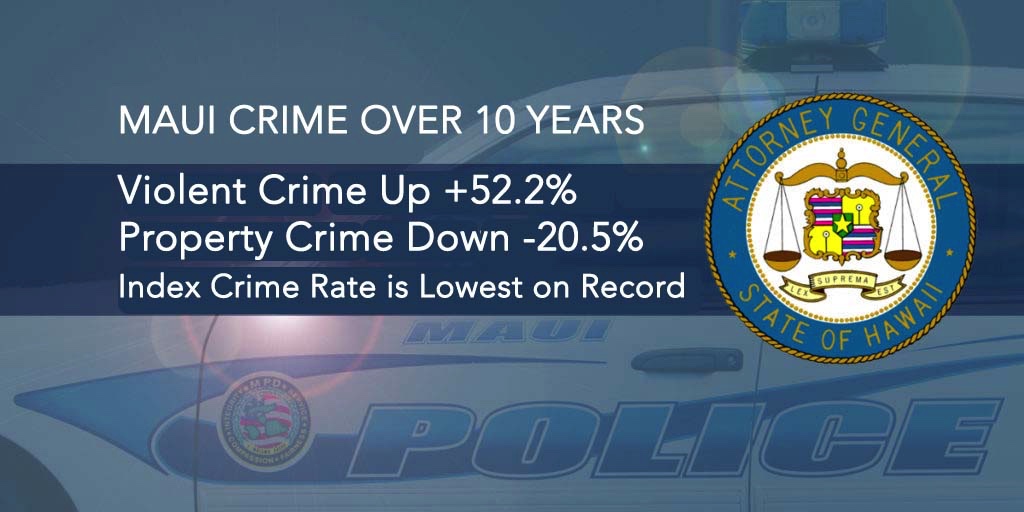 The state’s Uniform Crime Report for 2019 has been released, showing a double digit decrease in index crimes in Maui County over the past decade.  Police say Maui County’s total index crime rate in 2019 was the lowest on record since the state began collecting data in 1975.

During the past 10 years, the population of Maui County increased +8.5%, and the total number of reported Index Crimes decreased -17.2%, including a -20.5% decline in property crimes; however, violent crimes increased +52.2% over the same period. The data was compiled by the state Attorney General’s Office.

The report notes that the value placed on property and items lost to the 128 incidents of arson in 2019 was estimated at more than $777,000. 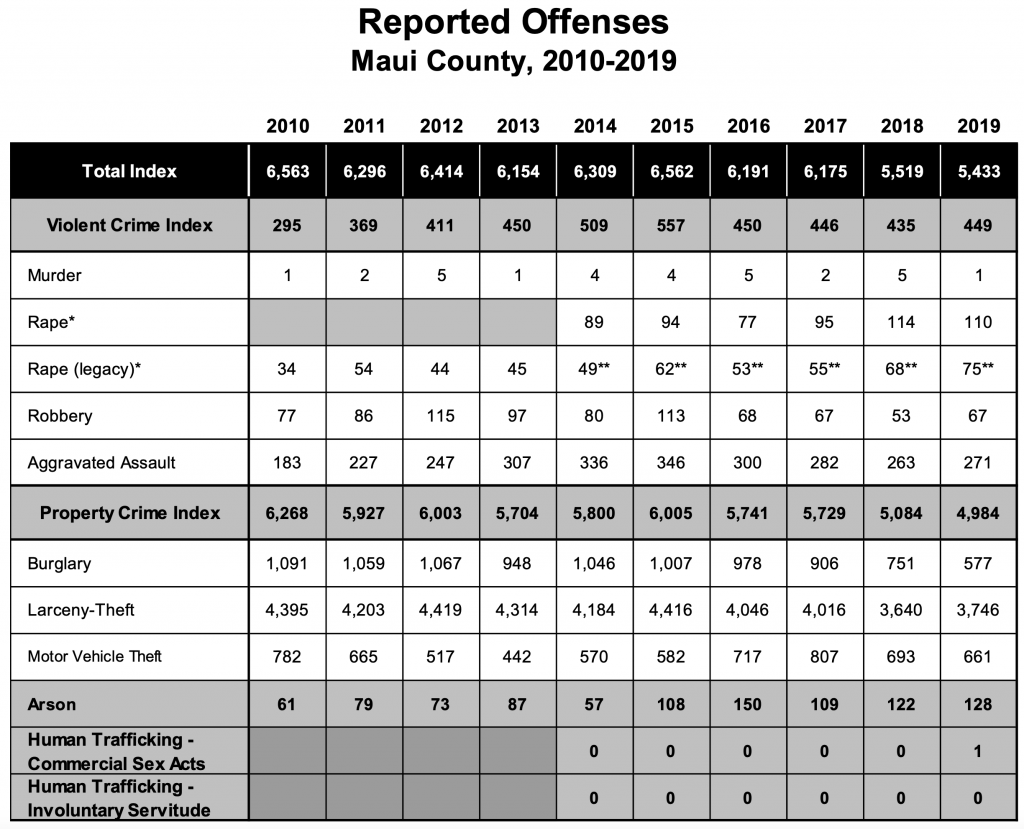 * On January 1, 2014, the State of Hawaiʻi commenced the collection of rape data using the FBI’s revised definition.

The UCR Program collects information on crimes reported by law enforcement agencies regarding the violent crimes of murder, rape, robbery, and aggravated assault, as well as the property crimes of burglary, theft, motor vehicle theft, and arson. (The FBI classifies arson as a property crime, but arson data is not included in the totals of reported Index Crimes.)