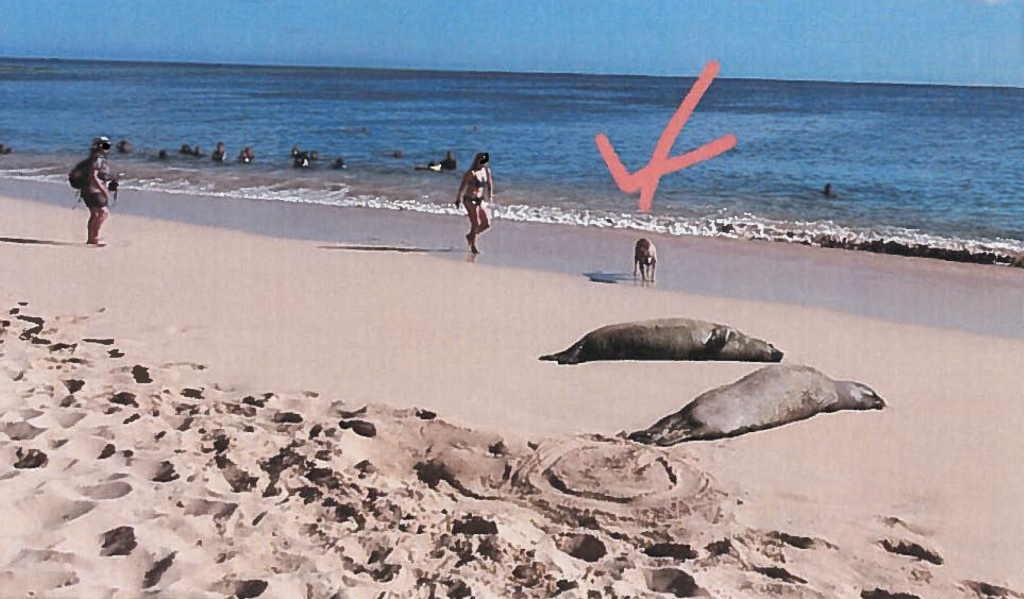 The state is reminding the public not to disturb endangered Hawaiian monk seals after learning of three incidents in as many days.

According to the state Department of Land and Natural Resources, social media posts have depicted the following incidents:

These incidents come on the heels of another case in East O‘ahu where a pair of off-leash dogs barked at and appeared to be approaching a resting monk seal pup, causing it to flee into the water. The owner of the dogs in that incident was cited by officers from the DLNR Division of Conservation and Resources Enforcement.

DOCARE Chief Jason Redulla said, “With the reopening of beaches recently, it is critically important that everyone gives resting seals wide-berth. This is both for the safety of people and seals. They are powerful animals and have been known to strike back at people who approach them too closely or harass them. Touching or harassing Hawaiian monk seals, including having loose dogs in close proximity to these critically endangered mammals is a violation of both state and federal laws and can result in high fines and jail time.”

Anyone who has any information on these incidents or witnesses a violation is asked to immediately call 643-DLNR (3567) or report it via the free DLNRTip app or call the NOAA hotline at 888-256-9840.