The Maui Vacation Rental Association along with four homeowners on Molokaʻi filed a lawsuit in federal court on Friday against the County of Maui seeking to reinstate their permits to operate as Short-Term Vacation Rentals.

The County of Maui passed Bill 22 in March, signing into law Ordinance 5059 that set the Molokaʻi legal, short term rental cap to zero.

“This, effectively, canceled the operations of 17 families, the existing reservations for visitors with plane tickets, and the jobs of some Molokaʻi residents, on Dec. 31, 2020. Many of these homes had operated legally for 15 years or more. Many had permits saying they could operate into 2021,” according to a press release issued by the organization.

Maui Now reached out to the Mayor’s office for comment and Communications Director Brian Perry indicated that there would be “no comment on pending litigation.”

Councilmember Keani Rawlins-Fernandez of Molokaʻi who voted in support of the cap responded to Maui Now’s request for comment calling the lawsuit “unfortunate” and “frivolous,” saying it dismisses the longstanding wishes of the Molokaʻi community at large. “After reviewing the alleged violations cited in the press release, I am confident it is without standing and that our Corporation Counsel will achieve its immediate dismissal from court.”

“Litigation was our last resort,”said Jen Russo, Executive Director, Maui Vacation Rental Association in a joint press release from the non-profit trade association and attorneys representing them. “We met with County Council members, with the Mayor and with the Planning Department. Ultimately, they were not able to protect these Molokaʻi property owners and residents.” “Reluctantly, we decided we must stand for fairness and for abiding by the Constitution. This is about creating good policy, we all benefit from that.”

Rawlins-Fernandez defended the cap saying, “It’s important to put into perspective that the STR renewal process for Molokaʻi is conducted annually, so renewal is never guaranteed. The Ordinance affects 17 property owners, all but one (1) of which do not live on Molokaʻi, the Council did however leave open the ability for current STRs to convert their units into B&B operations, so revenue can still be obtained, if so desired.”

She continued: “After seeking the most equitable path forward for our Molokaʻi community and for the STR permitees, the council and the administration agreed to allow each of the 17 STRs to operate through the end of 2020, regardless of their permit expiration within 2020, and cease renewals thereafter.”

The lawsuit is being handled by Attorney Terrance Revere, of Revere and Associates Honolulu, who filed a lawsuit in Federal Court on behalf of the affected homeowners and the Maui Vacation Rental Association.

“It is stunning that a County with 1/3 of its population unemployed would still be engaging in an anti-small business agenda while promoting off-island corporate interests. We are taking this action because even though my homeowner clients did nothing wrong and had no complaints against them, the County decided to make the number of STRH’s permitted on Molokaʻi to be zero.  Instead of grandfathering in existing permit holders, they told my clients– with no due process whatsoever– that their STRH permits were being yanked away,” said Revere.

According to Rawlins-Fernandez, the Molokaʻi community petitioned the Council for an STR cap of zero for years. Discussion reportedly began in 2017, and passed this year.  Rawlins-Fernandez said the passage was “with overwhelming support” from Molokaʻi and other Maui county residents along with the submission of a petition with nearly 900 signatures in support.

The document via Change.org fielded comments from residents across the state who urged leaders to keep the island as-is. One Kīhei resident wrote, “Short term rentals have crushed our community in Kīhei. Driving up rentals and causing many people to have to move away.  As Maui county residents, we stand with Molokaʻi. Zero short term rentals.”

Many of the Molokaʻi residents who signed three years ago expressed feelings of being pushed out and a need to protect island resources. One Hoʻolehua Molokaʻi resident said, “Molokai is our home. For us guys. Not other people to come in and take over and push us away and stopping us from getting to the mountains or the ocean. What we use to put food on our table and make kaukau for our families. Keep Molokai MOLOKAI.”

The case asserts that under state and federal law the County violated the permit holder’s right to due process. The plaintiffs allege that many of these legal vacation rental home owners will have to answer to potential claims from the renters they must now cancel.

The lawsuit further alleges that it “is an unconstitutional restraint on property rights,” saying the bill’s “broad application unreasonably impairs previously granted property rights, and its application does not serve any legitimate public purpose or benefit.”

MVRA President Greg Mebel expressed a desire to keep the Short Term Rental Home program in place saying, “On Molokaʻi, this program was implemented, permitted, and relied upon for years. There were no complaints against the 17 permit holders there. Suddenly removing the program and telling those permit holders that their permits will terminate, some even before the expiration date, was neither constitutional nor fair. So, our group was forced to challenge that action.”

According to Mebel, short term rental homes make up around 200 homes of the 54,000 plus (per last US census) households on Maui, or 1 in 267 homes. He said noted that all legal STRH’s have signs out front, with contact phone and permit numbers and said, “It’s mathematically and clearly impossible for this group to adversely affect the characters or health of neighborhoods.”

He said Maui’s STRH regulations include a host of requirements that the property manager must enforce, like occupancy limits, quiet hours, parking restrictions, no parties, and safety checks to ensure homes are safe for visitors and those visitors do not impact neighbors.

“There simply is no empirical data suggesting STRH’s detrimentally affect neighborhoods. The STRH program on Maui took that into account when it was created.  On the contrary there is plenty of data showing the benefits of a regulated, balanced program. That’s why our County’s stakeholders got together and created it in the first place,” said Mebel.

The plaintiffs ask the court to have declared invalid and enjoin the enforcement of Bill 22. 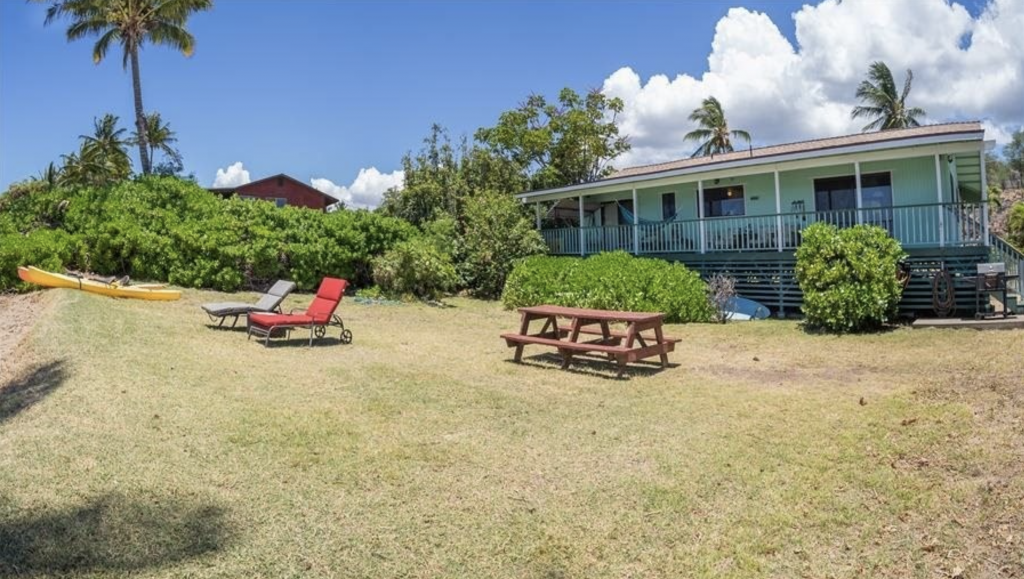